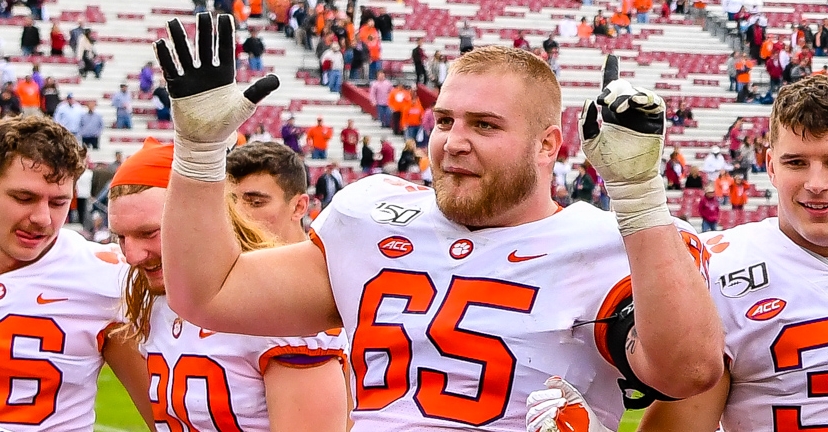 Matt Bockhorst is ready to step into a starter's role

Clemson looks to rebuild an offensive line that lost four starters from the 2019 squad.

Who joins Jackson Carman in the starting rotation?

“Will has been with me all year. We only had 10 guys so he has filled in a spot and has made a ton of progress,” Caldwell said. “He has played about 200 plays this year. It has been really good for him because graduation will deplete, so having a guy with experience hopefully will be a big help. He loves the weight room and has gotten really strong. I believe I saw where he weighs 294 pounds now, and he is adjusting and adding some weight. It's really good weight because his body fat has gone down and his strength has gone up.”

Matt Bockhorst is the name to watch and could slide in at one of the guard spots. He can play anywhere along the line and has the second-most snaps of any returnee. Jordan McFadden is expected to take over at the right tackle spot.

Can Blake Vinson get healthy enough to become a regular contributor?

Caldwell expects Vinson to be ready to go.

Which freshmen will be able to pick up the offense in order to provide quality depth?

Boateng and Rayburn redshirted last season and should be ready to contribute. However, one or more of the true freshmen need to be ready to play this season. Tchio, Mayes and Tucker get their chance this spring to show what they can do.