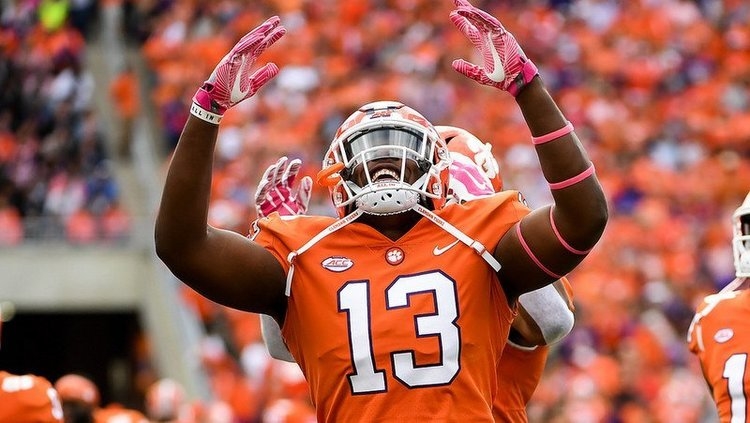 KJ Henry has taken full advantage of his redshirt freshman season. He’s gotten stronger, he’s bigger, he’s learned from the seniors, and he won a National Championship along the way.

Now he’s ready for his time.

Henry is the former 5-star defensive end out of North Carolina that played in four games this season. He saw his last action in Clemson’s 63-3 victory at Wake Forest in early October, then shut it down so he could retain his year of eligibility. A new NCAA rule allows for players to play in as many as four games before losing a year, and with depth across the board, the decision for Henry to sit out the rest of the season was an easy one.

“The coaches and I talked about it, and we agreed it was the best thing for me and for the team,” Henry told TigerNet. “I am glad I did it, because I have learned so much. I have learned that you have to work hard at every practice. Being on the scout team, each week your job is to make the offense better. That means effort is a big thing and that's the biggest thing that being on the scout team has taught me.”

Henry played 39 snaps and registered nine total tackles, including two tackles for loss. He played his last game in his hometown, gaining valuable experience along the way. The spring will be his time to shine.

“I need to shake the hand of whoever made up that rule,” Henry said with a smile. “I got to experience and be a part of this special season but at the same time, I have been able to work and get ready for my time. It was definitely the perfect situation for me. There is a little part of me that is looking forward to the spring. I will be ready to help this team even more. Power Hour has been great for me. Coach (Joey) Batson and those guys have helped me so much. I wanted to get functionally stronger and I've done that. I am about 250 right now, and we don't really have a target weight.

Sitting behind players like Austin Bryant and Clelin Ferrell afforded Henry the opportunity to watch and learn.

“They give effort on every play. You see it during the games, but that is what those guys do during the week,” he said. “Every day when we practice, they never take a rep off. They are always trying to do different things, and even if they are losing a rep they are trying to enhance their skills and get better. It's all about giving every effort every play and learning how to do your job better.”

Henry has also learned from watching his roommate, a quarterback named Trevor Lawrence.

With spring practice firmly in his sights, Henry wants to earn a starting spot, hopefully across from friend Xavier Thomas.

“That is definitely the goal, and that is something we talked about during the recruiting process. Then again, that is not something that is going to be easy,” Henry said. “The competition coming out of this room is probably the biggest out of any of the positions that we have. We have some highly talented guys who not only want to start but just get a lot of playing time. But starting is definitely the goal.”