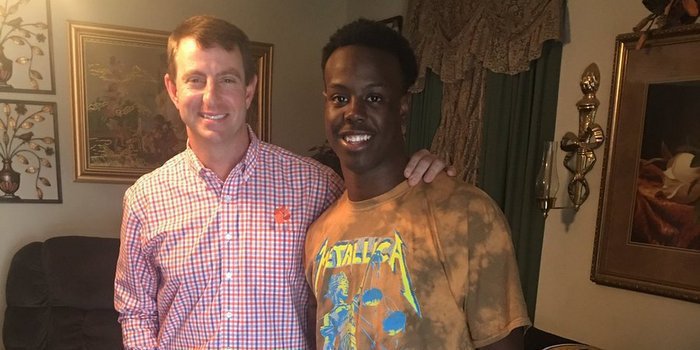 The paw has never been bigger or brighter, and it’s showing in recruiting.

He becomes the 14th commitment in Clemson’s class and fills the void left at running back vacated by last month’s decommitment by Cordarrian Richardson.

The fact that Clemson, the 2016 National Champions, picked up a commitment from a 4-star wanted by many of the nation’s top programs isn’t a big deal anymore. Clemson has been recruiting at an elite level under head coach Dabo Swinney, and whereas many of Clemson’s rivals would exult in the addition of a player of Etienne’s caliber, the Tigers are merely adding to an already-stocked cupboard.

No, what’s different about this commitment is how it happened, and it goes back to a trend started by Swinney and company last season.

The Tigers picked up a commitment from Richardson early last March, and the coaches knew that the 2017 class would be a small class and they would only take one running back. For almost nine months, the coaches were secure in the fact that Richardson was their guy and they spent their time recruiting other pieces.

But Richardson decommitted from Clemson in December, and that left a coaching staff in the middle of College Football Playoff preparations scrambling to find a replacement. The coaching staff knew that junior Wayne Gallman would be leaving after the season, and there were rumors that one of the veteran backups would transfer out once the games were finished (and Tyshon Dye did indeed announce he would transfer after the National Championship Game.) 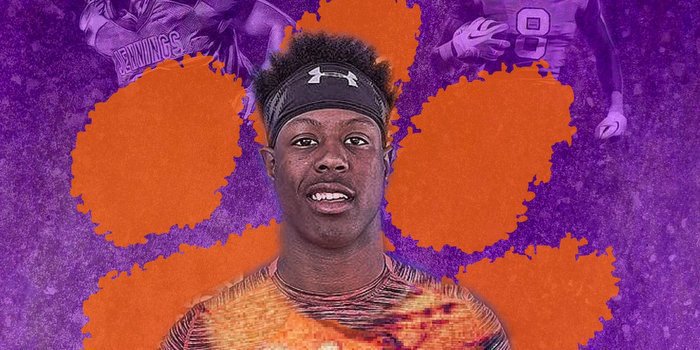 Without a running back in the 2017 class, the Tigers would have entered the season with just three scholarship running backs on the roster – Adam Choice, C.J. Fuller, and Tavien Feaster.

Trying to fill a need with six weeks left until National Signing Day – with no prior relationships – is hard to do for any school. Clemson did it, and they went into LSU’s backyard to do it. That’s not an easy task, but Swinney says the Tigers have a tried-and-true formula that works most of the time: get the recruit on campus and watch what unfolds.

Co-offensive coordinator and running backs coach Tony Elliott established contact with Etienne in late December but wasn’t able to put on the full-court press until after the title game. His goal? Get Etienne on campus, and he was rewarded with a visit last weekend.

Etienne and his family visited campus, met and talked with the coaches and got a tour of Clemson’s brand new football operations facility. Etienne told TigerNet after his announcement that he knew by Saturday afternoon he wanted to come to Clemson. He slept on it Saturday night and told the coaching staff on Sunday before he left campus.

In less than a month, Clemson lost a running back it had counted on for nine months and identified a replacement. Not a normal replacement, mind you, but one that grew up loving LSU and had the other Tigers among his final teams. The Clemson coaches visited him in his home, wrangled a visit to campus and landed their guy. In a month.

That brings memories of last year when the coaches lost safeties T.J. Green and Jayron Kearse after the title game. The coaches identified replacements in K’Von Wallace (from Ohio) and Isaiah Simmons (all the way out in Kansas), put on the full-court press and landed both of their top targets.

That’s impressive to do it once. To do it two years running is astounding, and it proves that winning championships and making sure your facilities are among the nation’s best plays an important role in landing specific targets.

The paw has never been bigger, and it’s never shined brighter.