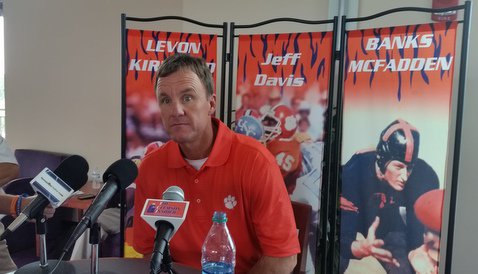 “It was a tale of two halves. We had a high level of execution through the first 50 plays,” he said. “But we would like to play more than 50 plays if we could. I thought for the first 50 plays we executed really well. We had a couple of minor things that stalled some drives. We had a couple of drops, and had what I thought was going to be an 89-yard touchdown pass right down the middle of the field that we dropped. We had back-to-back drops that caused us to go three-and-out on a couple of occasions. But outside of those few things, on the first 50 plays we were really executing at a high level. Both quarterbacks were playing well and we were hatting a lot of people up on the run game. We had 55 snaps at halftime. You could pretty much circle play 50, and from 50 to 79 we for whatever reason – no excuse – we didn’t execute as well. Morris: "Are you part of the problem or part of the solution?"