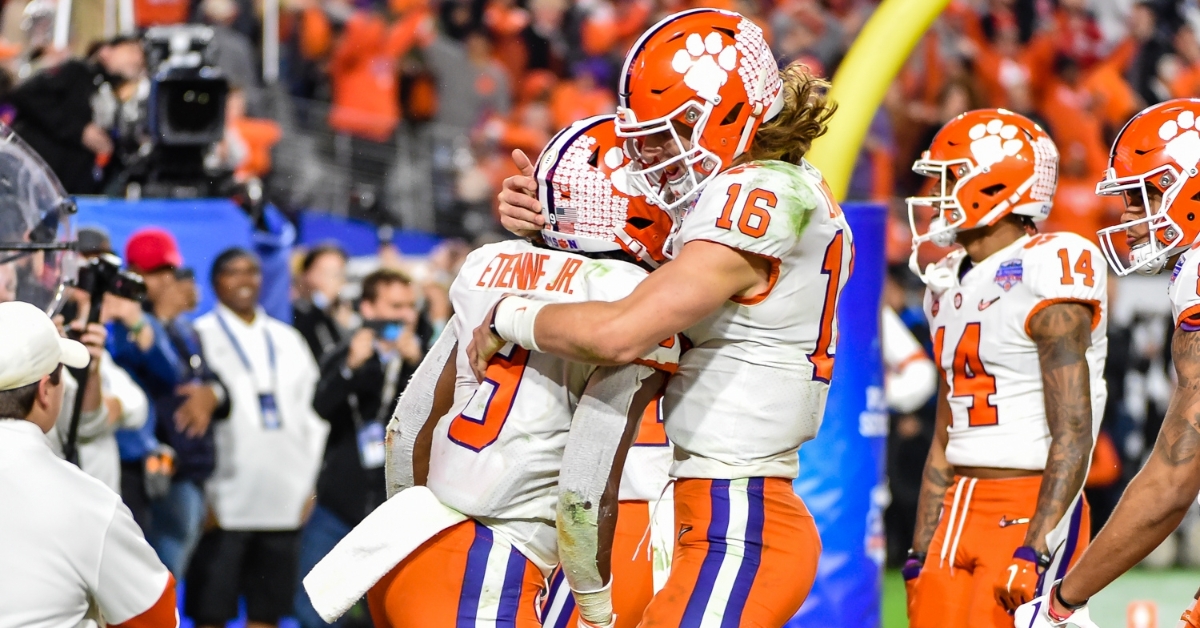 CLEMSON – Trevor Lawrence is preparing for a road game against a big, fast, and physical LSU defense, but he’s also preparing for one last game this season with his brothers.

No. 3 Clemson takes on No. 1 LSU in the College Football Playoff National Championship Monday night in the Superdome in New Orleans, a decided home advantage for the team from just up the road.

“You prepare like you do for a road game during the regular season. We will have a good amount of fans there because we have great fans,” Lawrence said. “But this is hard because it's in their back yard so it will be mostly LSU. It was mostly Ohio St. in Arizona so it will be similar, and it will definitely be electric and really fun.”

LSU’s defense ranks 29th in total defense and 28th in scoring defense this season, giving up just over 21 points per game, but Lawrence said the numbers don’t always tell the entire story.

“They are bigger guys but they move well, and they have a really good pass rusher on the end. Their linebackers are solid and really fast, it's kind of hard to out-leverage them,” he said. “Also, with that linebacker (Michael Divinity) coming back, he is more of a run-stopper but still a really good player. He hasn't played in the last six or seven games so it will be different to see how they work him back in, or No. 8, or whoever it is. The secondary gets all of the attention. They play man-to-man, but they do it well. They have really good cover skills, but they are a good defense that flies around.”

Lawrence also knows his Tigers aren’t just taking on LSU, it feels like they are taking on an entire conference.

“The SEC is always really propped up. They have some really good teams, I am not saying that at all, but a lot of it is just the media,” Lawrence said. “They get talked about more than the ACC. It's just different. The historically great teams like FSU and Miami are a little bit down so we don't get quite the credit, but they have a lot of good teams in the SEC so I am not talking down on them at all. But it's a product of the media and all of that for sure. We don't think of it as ACC versus SEC. Every game we play we want to win. But the way it is now, if you beat an SEC team you add to your resume. Those are big games for sure.”

However, he hopes the Bayou Bengals see the best version of the Clemson offense in the season’s final game.

“You haven't seen our full potential. We haven't played as well as we can play,” Lawrence said. “We have had some games where we've played really well, but there is always more. But we are looking at all the details to see what we can do better. There is more to be done.”

The game also presents one last chance to take the field with his brothers in the 2019 season.

“We are brothers. I feel like we have been through a lot,” Lawrence said of wanting to win for the seniors. “They have been together the last two years, and we have that experience of being together in those moments with those guys is really cool. You build that bond throughout the years, and it's special. I will miss a lot of them after this year. We have guys coming behind them, but it's definitely special.”