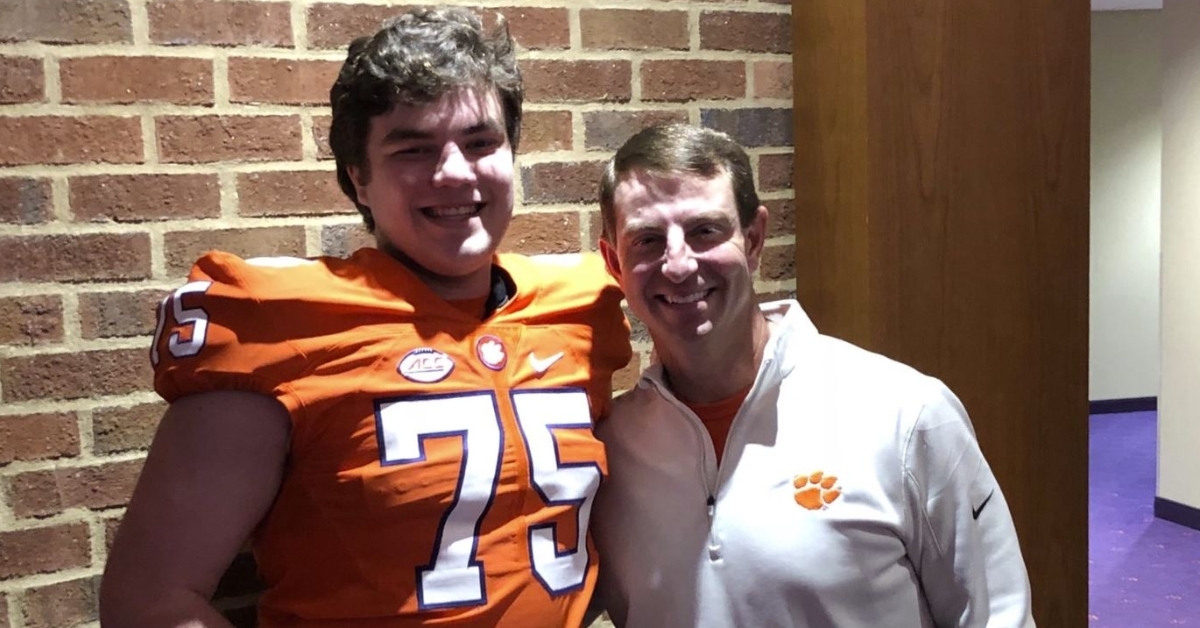 Earlier this week, the Birmingham (AL) Briarwood Christian three-star offensive lineman was committed to Georgia Tech, however, after Clemson’s offer Thursday, Howard knew it was an opportunity he couldn’t pass up.

The 6-3, 283-pound prospect has been very familiar with Clemson’s program and was waiting for an offer from the Tigers.

“Earlier this week, Coach Swinney reached out (with the offer), Howard told TigerNet Friday evening. It's the total package – academics, athletics and the culture.”

With five offensive linemen on board, Howard wasn’t sure if an offer would come, but the coaches maintained that he should just be patient.

“I have been attending Clemson Football camps for the last six years,” Howard said. “I had been in touch with Coach Bates, Coach Caldwell, and Coach Swinney during my junior year and had attended junior day earlier this year and pretty much knew where I stood. They said they were going to continue to follow my career and development over my senior year and if I continued to work hard and develop and an OL spot became available I would be considered for it.”

Despite realizing a childhood dream, de-committing from Georgia Tech was extremely difficult.

“It was a difficult conversation with Coach Key because of my relationship, but in the end playing for Clemson has truly always been a lifelong dream of mine since I was playing little league,” he said.

Howard has a tie to Swinney through his father who also played on the 1992 Alabama National Championship team.

“My dad and Coach Swinney were teammates. He has always thought the world of Coach Swinney and his staff for their work on and off the field,” he said.