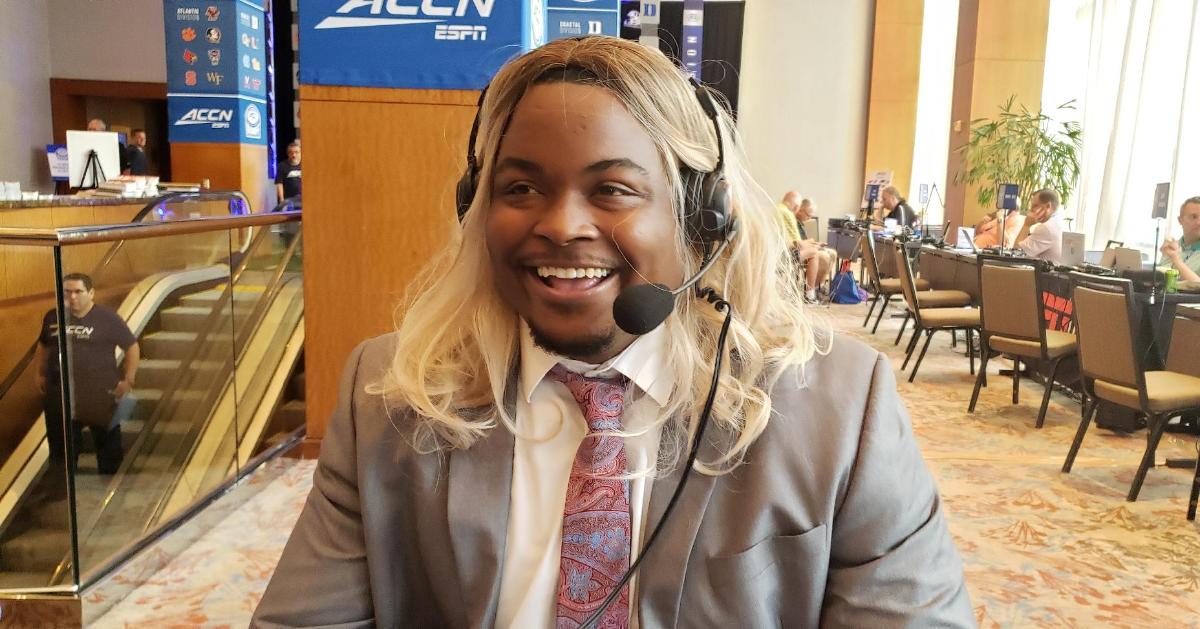 CHARLOTTE, NC – Dabo Swinney was trying to vacation with his family in Italy when many in the national media began to criticize Swinney’s selection of senior offensive lineman John Simpson as one of the Tigers’ two player reps at the ACC Kickoff.

When Swinney got home, the ACC office called and wondered if maybe, just maybe, he’d change his mind and send quarterback Trevor Lawrence or Travis Etienne. Swinney, who always sends seniors to the event, still said no. Then an idea was born – if people really wanted Trevor Lawrence, he would give them Trevor Lawrence, flowing blonde locks and all.

Simpson walked into the Kickoff Wednesday morning at The Westin in Charlotte wearing a blonde wig and doing his best to convince people he was indeed Lawrence. It didn’t work, but Simpson had fun with the gag and said he didn’t care about the complaints over his selection.

“I don’t really care about that stuff. I’m kind of glad that people don’t know my name,” Simpson told TigerNet. “I’m an offensive lineman, you’re not supposed to know my name. I’m going to have fun with it.”

Simpson said wearing the wig – and getting tagged on Lawrence’s Twitter and Instagram pages – earned him some followers.

“I’ve got some clout now,” Simpson said with a grin. “A lot of people put me all over social media so I thought that was cool.”

Simpson said he didn’t know about the wig or Swinney’s plans until just before they boarded the plane to travel to Charlotte.

“Right before we got on the plane. He was like, ‘Look, I think it’s a great idea and we should do it.’ He pulled a wig out of his bag and put it on,” Simpson said. “He tried to impersonate what I would say. I was like, ‘Are you sure, coach?’ He was like, ‘Yeah. It’s not really up for debate.’ I was like cool and I just ran with it.”

Who pulls off the best Lawrence impersonation, Simpson or Swinney?

“I think me, definitely,” Simpson said. “Have y’all seen me throw the ball? I’ve got a few of those videos.”

He was then asked if he had an audible Lawrence impersonation, and he said no.