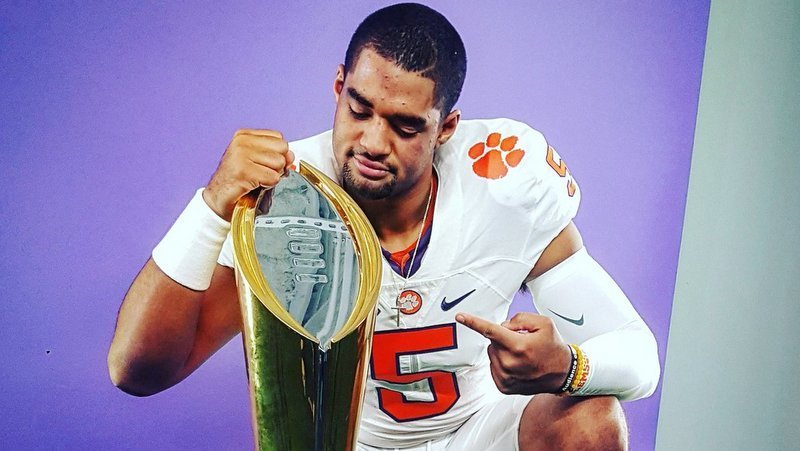 If you had to compare the two weeks of Dabo Swinney’s high school football camp to a sit-down meal, then the first week of camp was the appetizer and the second week will be the main course. And what a main course it is.

The second week of camp gets underway Tuesday afternoon and there will be plenty of high-profile prospects on hand.

One of the top quarterbacks for the 2021 recruiting cycle will make an appearance Wednesday. Brock Vandagriff is a highly-rated signal-caller out of Bogart (GA) Prince Avenue Christian that cut his list of schools down to six recently. Clemson made that list despite not offering Vandagriff. The other five are Auburn, Florida, Georgia, Oklahoma, and Tennessee.

Clemson does not offer quarterbacks until the summer before their junior season – just ask Trevor Lawrence – but expect Vandagriff to leave with a Clemson offer.

Bullock is also bringing two prospects from another one of California’s big-time programs in Mater Dei. 2021 outside linebacker Raejon Davis (19 offers) and 2021 defensive back Jaylin Davies (16 offers). Davies’ offer list has exploded as of late – he picked up an offer from Alabama last week, along with scholarship opportunities from Ohio State and Southern Cal, and UCLA.

*Another Wednesday arrival has a familiar name – wide receiver Marvin Harrison, Jr. Yes, the Marvin Harrison of NFL fame has a son that plays the same position. The 2021 prospect out of Philadelphia (PA) St. Joseph’s will visit with several of his high school teammates.

*Another wide receiver on hand will be 2020 Phenix City (AL) Central product EJ Williams. Williams visited LSU last weekend with his mother and will head to Auburn in a few weeks. Williams recently named Alabama as his leader, but I’ve been told that while the Crimson Tide have made strides, Clemson is still in fantastic shape. When Alabama loses a player like Justyn Ross to the competition – and then gets torched by said player in the title game – the noise surrounding an in-state kid gets reallt loud.

Sometimes it’s in the prospect’s best interest to lessen that noise.

*Miami (FL) Columbus four-star receiver Xzavier Henderson returns to campus for the first time since visiting for a junior day back in March. He will compete Tuesday. Clemson is firmly in the mix, along with Florida, Alabama, and Miami.

*Another Miami product we will be watching is Miami (FL) Booker T. Washington 2021 defensive end

Donell Harris. Harris is committed to the University of Miami, making the move last summer, but has recently drawn big-time offers from around the country, including Clemson.

Linthicum is intriguing – he’s the high school teammate of current Clemson commit Bryan Bresee. He visited with Bresee made his silent commitment to the Clemson coaches, and now he’s looking for his own offer. He will compete Wednesday.

“I am looking to build relation with Coach (Robbie) Caldwell, and learn how he coaches and how he runs things,” Linthicum said. “I want to get down there and take a good look at the entire campus and tour and see everything. As for an offer, I am hoping I get one but I am not getting my hopes up.”