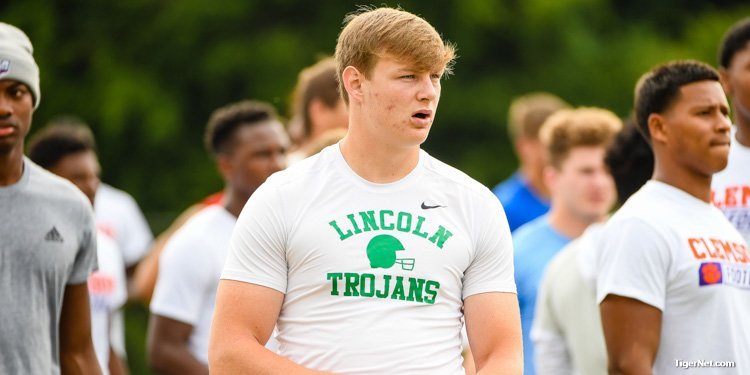 Ennis earned an offer from Swinney and tight end’s coach Danny Pearman after the first session of the camp and it was then that he knew Clemson was home.

“There was one point that I made a one-handed catch and I didn't know Coach Swinney was out there watching and when I came back, he was like, 'It was good timing for you to make that one-handed catch.' I started laughing and thought that would probably be it as long as I kept making catches,” Ennis told TigerNet prior to Monday’s announcement.

It didn’t take long after returning home from Clemson for Ennis and his parents to start discussing a possible commitment.

“They were excited. It was kind of crazy because I got an offer from the defending national champions and not everybody gets that opportunity so that was crazy,” Ennis said. “We definitely talked about it. We talked about what would be best for me and we prayed about it. At the end of the day, you have to go with what God tells you and what's best for you.” 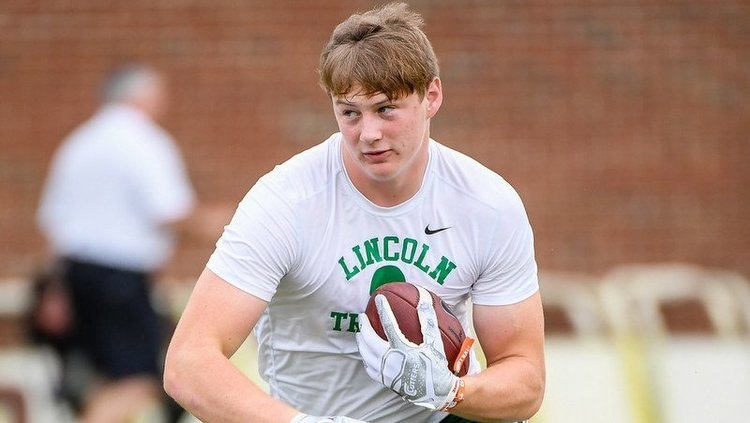 A weeklong East Coast recruiting trip with his high school teammates precluded Ennis from making an announcement earlier. However, that wasn’t a bad thing because the trip only further cemented his decision.

“It went good. I picked up an offer from Penn State. It was good getting to hang out with my teammates and be with them the whole time and do some team bonding,” Ennis said. “Penn State was probably the highlight. It's really nice there. Everything about it is really nice.

“I thought about Clemson the whole time. It felt like home. I know going on this trip, I would really be able to open up my eyes because I would be able to see a whole bunch of different schools and it would really solidify whether Clemson was the place or not and it did. Clemson just feels like home and no other school has really made me feel like that.”

As for those who are surprised that Ennis didn’t give the hometown Florida State Seminoles a close look, Ennis said it was a merely a business decision.

“It's nothing personal against Florida State or the coaches,” he said. “I know I will catch a lot of stuff about why didn't he go here in his own backyard, but at the end of the day I have to do what's best for me and what's best for my future and that's where I feel like Clemson helps me more.”

What kind of player is Clemson getting in the 6-4, 220-pound prospect?

“It's always great catching the ball, but when you can get down and nitty gritty and help out your teammates, that is always fun, too,” Ennis said. “Plus, you get to dominate and smash somebody.”