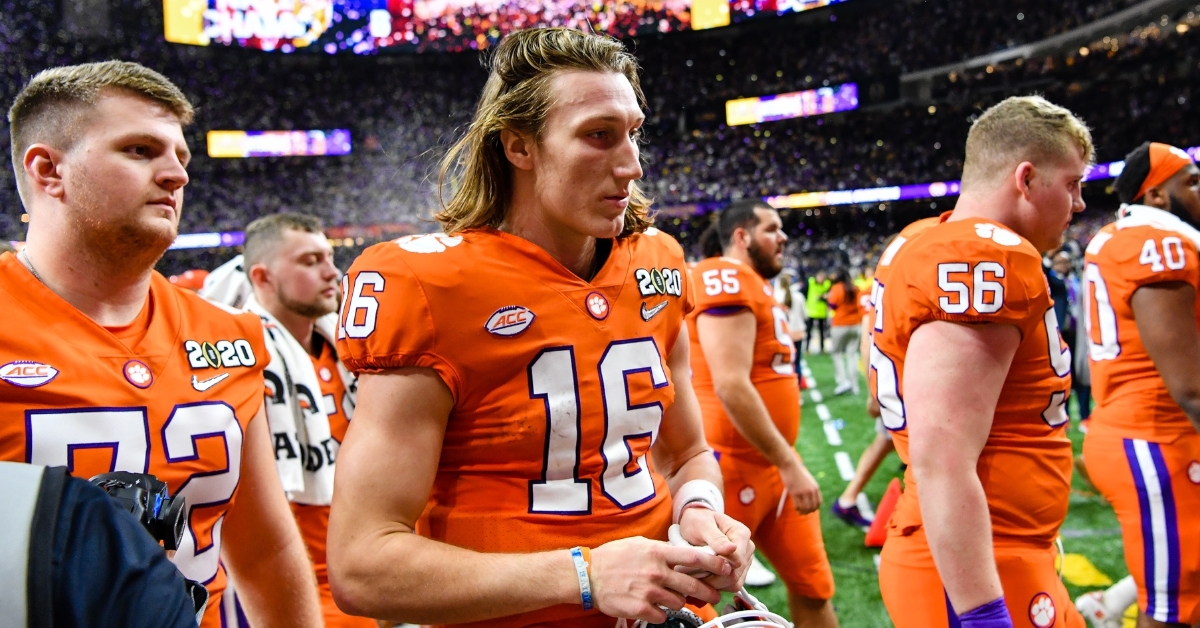 Lawrence will probably be making millions in the NFL before the rule takes effect.

Trevor Lawrence. College student. College football quarterback. Endorsement millionaire? If NCAA legislation had passed earlier than expected, it could have happened this year.

The NCAA proposed its much-awaited NIL (Name, Image, Likeness) plan in April, allowing college athletes to profit off their name, image and likeness. In the proposed plan, student-athletes would be allowed to identify themselves by name and school, but the use of school logos or trademarks would not be allowed.

“At its meeting this week, the Board of Governors supported rule changes to allow student-athletes to receive compensation for third-party endorsements both related to and separate from athletics,” the NCAA released in a statement. “It also supports compensation for other student-athlete opportunities, such as social media, businesses they have started and personal appearances.”

The deadline to draft legislation will be Oct. 2020 and be voted upon no later than Jan. 2021. If passed in January of next year, the legislation will take effect at the start of the 2021-22 academic year. However, two states (Colorado and California) have already passed legislation to that effect, and Florida is expected to pass the same legislation by July 1.

One company that is poised to help athletes take advantage of the new opportunities is Opendorse, a company started by former Nebraska player Blake Lawrence.

Lawrence and Opendorse are hoping to help college athletes prepare for the new rules.

“Student-athletes at every level will be able to earn compensation from their NIL rights in a matter of months,” Lawrence told TigerNet. “While certain athletes will benefit more, this won't be restricted to Heisman contenders and projected first-rounders.

“For most, it means five-figure deals or six-figures of annual earnings, but it will mean more money in the athletes' pocket. No matter what school an athlete attends, what sport or position they play -- every athlete has the opportunity to build their NIL value and soon monetize it.” 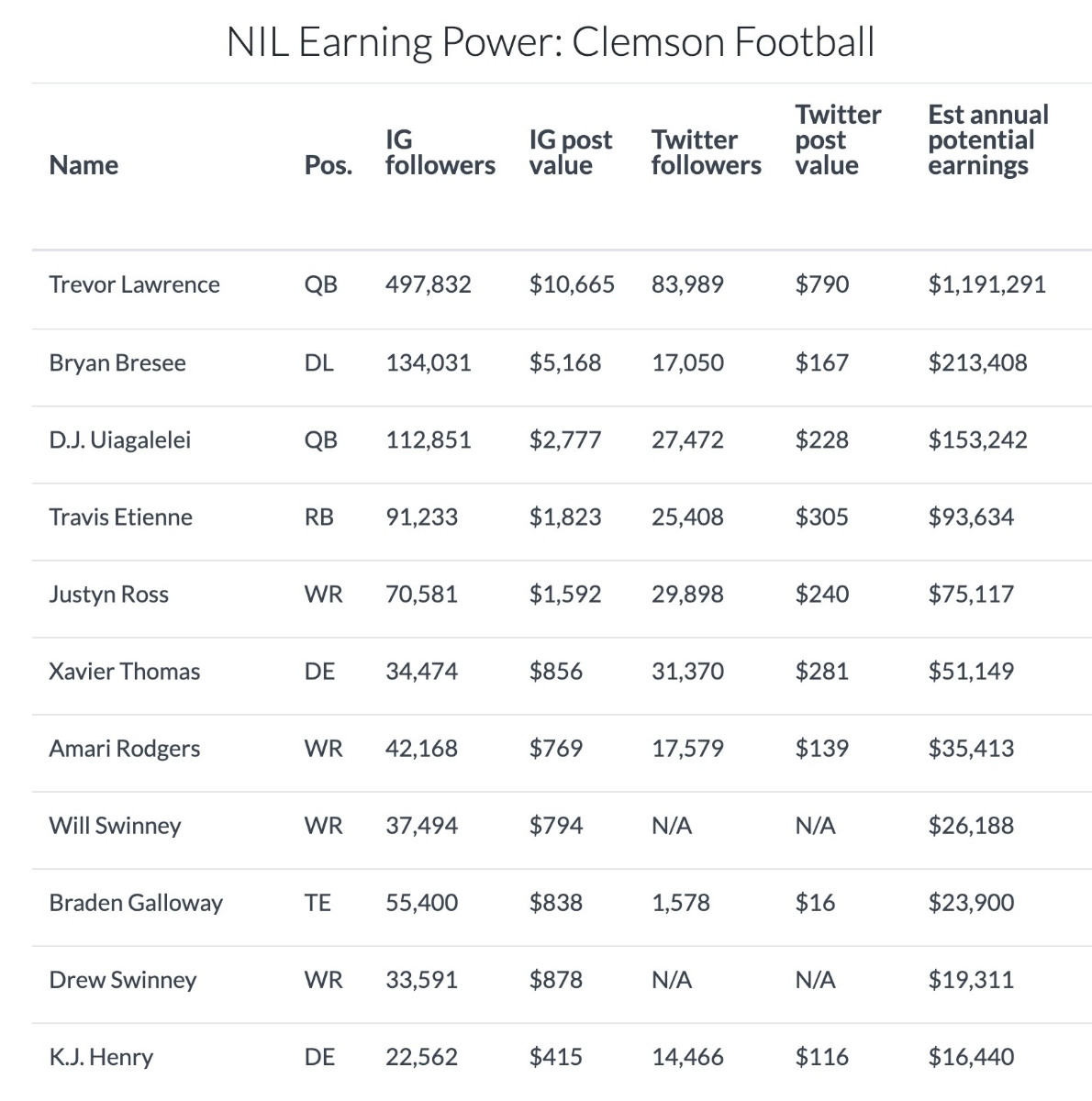 “Programs like Clemson football have several advantages with NIL,” Lawrence said. “It's a revenue-generating sport within an athletic department that receives significant sponsorship revenue and has consistently been in the national spotlight in recent years. Both factors positively impact the athletes within the program.

“That prestige and national success indicate demand for brands to pay to connect to its fan base -- whether through traditional sponsorship avenues, or now, with Clemson student-athletes under the proposed rules.”

Blake Lawrence says that the sky is the limit for Trevor Lawrence, who will probably be making millions in the NFL before the rule is passed, but it's interesting to see what his potential is going forward.

“Trevor Lawrence has one of the highest ceilings for any NCAA student-athlete in the NIL era,” he said. “We project his annual NIL earning potential at $1.19 million, with an estimated value per post of over $10,000 on Instagram.”

Wide receiver Drew Swinney doesn’t have a Twitter account and is a walk-on, but has over 33,000 followers on Instagram and could earn a tidy $19,311 per year.

Here's a quick explainer on Earning Potential and Value Per Post:

The calculation factors in the athlete’s sport, status, current follower count, average engagement rate per post, impressions per post, and additional proprietary data points to provide an estimate of the dollar amount the athlete could command from sponsors in exchange for publishing one branded content post on their own social media channels.

Annual earnings are calculated by multiplying the athlete’s total per-post value with the estimated number of promotions per year the athlete could be expected to participate in.

The number of promotions per year are calculated based on actual transaction data from the pro market as well, which has been translated to the collegiate market.

The athlete’s social presence impacts their value per post.

Their school and sport impact their promotions per year.

Their individual accomplishments and experience impact their promotions per year.

Where does Clemson stand with the pending rules change? The university has worked with Opendorse for the last few years and is prepared for the change. Clemson's social media department is one of, if not the best, in the country, and will stand by ready to help student-athletes with the transition. We will have more on this, and what role athletic departments play in this, as the situation develops.