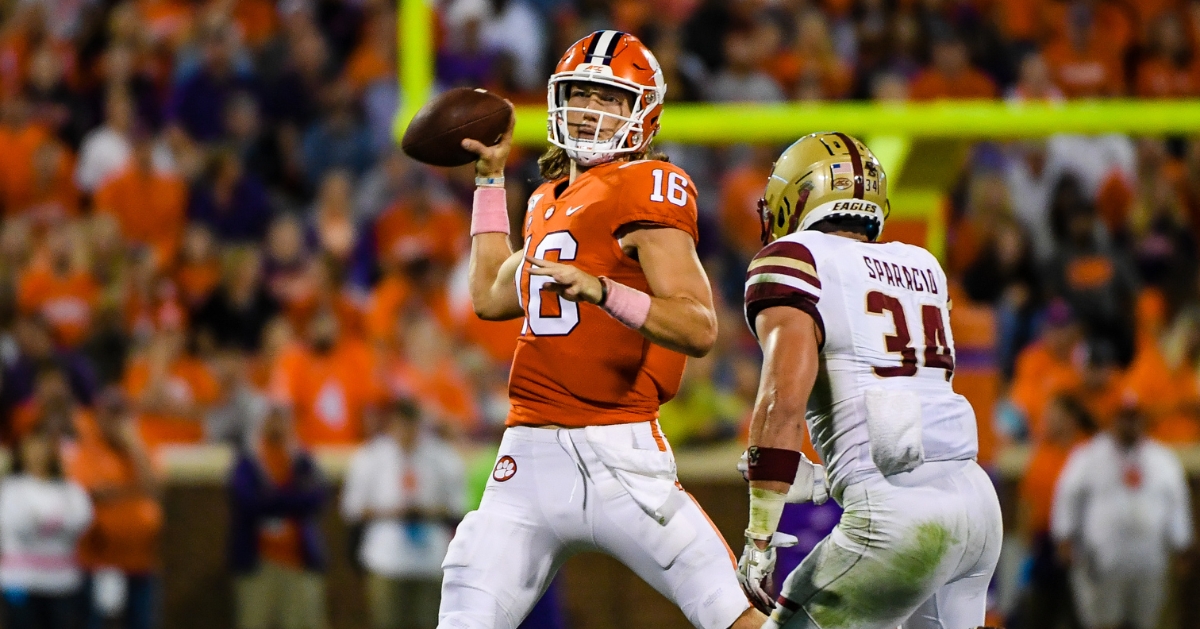 Lawrence helped the squad that year win each of its last 10 games by 20 points or more and he became the first true freshman quarterback to lead his team to a national title since 1985. He is also a consensus freshman All-America honoree who has earned a bevy of nation-wide and conference-wide honors for both his athletic and academic success.

“Trevor Lawrence has put himself in a position in which everybody else is compared to him. There have been very little down moments,” Luginbill said. “Everybody loves to critique the first four weeks of the season last year, but like Dabo Swinney likes to say, everybody wants to judge Trevor Lawrence on eight bad throws that happened within four games. And he's right. I think he is in a class of his own.”

Howell earned praise for his play last season – even beating South Carolina in his first career start – but behind Howell and Lawrence there are question marks.

“In the conference, what is going to be so interesting is that there are going to be a lot of new games, guys that people have never heard of. The (Dennis) Grosel kid at Boston College. (Brennan) Armstrong at Virginia. Maybe a true freshman in Jeff Sims gives (James) Graham a run for his money at Georgia Tech in year two under Geoff Collins. There is so much we don't know about the quarterback position in the ACC. There is so much we don't know about who is going to be behind Trevor Lawrence or Sam Howell.”

Luginbill said more is known about the up-and-coming quarterbacks nationally.

“But nationally I think there are some really good guys out there,” he said. “Kedon Slovis at USC has a chance to be a star. We saw what Jayden Daniels did at Arizona State last year as a true freshman. He is going to be an absolute star, You look at the (Charlie) Brewer kid at Baylor, he is coming back. You have KJ Costello in that Mike Leach offense now at Mississippi State. There are some really good players at the position nationally, but I think they are nipping at the heels of Trevor Lawrence and Justin Fields right now.”

Lawrence and Fields – two Georgia natives – went head-to-head in the Fiesta Bowl last December, with Lawrence and Clemson coming out on top. Who does Luginbill pick heading into 2020?