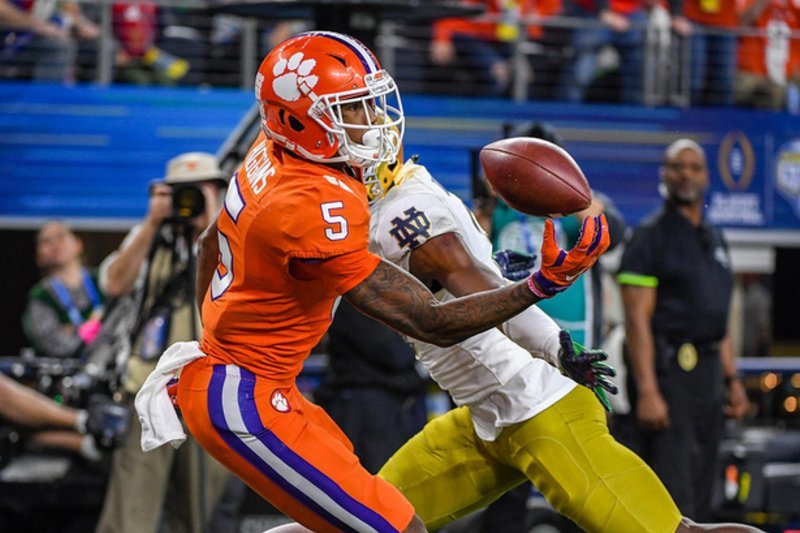 Higgins is the talented junior wide receiver who produced one of the school’s most impressive sophomore campaigns in 2018 in his first full year as a starter. Higgins enters 2019 with 76 career receptions for 1,281 yards with 14 receiving touchdowns.

Higgins was selected as a second-team Preseason All-American for 2019 by both Phil Steele and Athlon, but Justyn Ross is seen by some as Clemson’s best target. Add in other talented receivers like Amari Rodgers, Diondre Overton, Joe Ngata, Frank Ladson, and others and the Tigers have more than a plethora of playmakers on the field.

Higgins loves the fact that he doesn’t have to be the sole playmaker.

“You have to go out there and know that you have guys that have your back,” Higgins said. “Say that the defense wants to double-team Justyn, then you have guys like Diondre and Amari in the slot and you have to pay attention to them. You can’t double just one guy. It’s good to have guys like that – guys that are focused and ready to go play. I am glad I am a part of it and I am hoping to just out there and make plays this year.”

Ross’ late-season push allowed him to finish with a team-leading 1,000 receiving yards, but Higgins led the Tigers in receptions (56) and receiving touchdowns (12) while gaining 936 yards. Most of the preseason attention has centered on Ross, something that Higgins doesn’t mind.

“I am so proud of Justyn,” Higgins said. “That is a guy that I have helped along the way. I have helped him a lot. I am proud of him for coming in here and producing. It’s hard to come into Clemson and produce like that as a freshman. Seeing him do that is great. I am here to support him in any way I can, and no matter what anybody thinks I am going to go out there and play my game.”

The Tigers open the season Thursday night against Georgia Tech and Higgins can’t wait to get started and uphold the tradition of Wide Receiver U.

“It’s been a long summer, we can’t wait to go out and to be Clemson,” Higgins said. “We are playing Clemson - we don’t look at last year. Last year’s team was last year’s team, so we just need to play and focus. We are going to go out there and be ‘Wide Receiver U’ regardless of what anybody else is doing. We want to go out and make plays like we are coached to do. Our mentality is to do our job and win.”