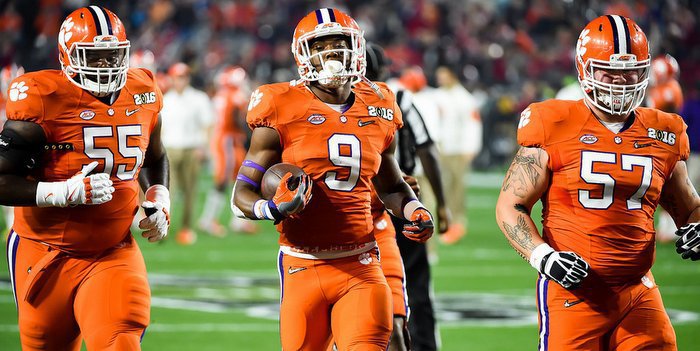 The scene inside the Clemson locker room underneath the University of Phoenix Stadium in January was one of mixed emotions. It also set the scene for what could be a year to remember in 2016.

There were tears. There was pain. There were emotional hugs for teammates who realized that this team would never be together again. Many were moving on to the NFL, some were graduating and some would just end their careers. The journey of the 2015 team was, in a word, complete.

But the locker room was different for the offensive and defensive players. Many of the defensive players - including underclassmen – were chasing the dream of the NFL and knew that the next step in their journey would be in an NFL training camp. Most of the starters were moving on and their experience was not the same as the offensive side of the room.

On that side of the room there was steely resolve. There was hurt, but there was also excitement because those players knew they had a chance to be special in 2016. Tight end Jordan Leggett didn’t waste any time in announcing he would be back for his senior season. Center Jay Guillermo was already talking about taking his offseason regimen to another level. The offensive linemen were already making plans to be better than ever.

Quarterback Deshaun Watson talked quietly about his plans to make sure this kind of pain didn’t happen again. Running back Wayne Gallman , while not clearly stating his intentions, made it fairly plain that he would also return for another season. His reasoning? He was chasing greatness and not money. 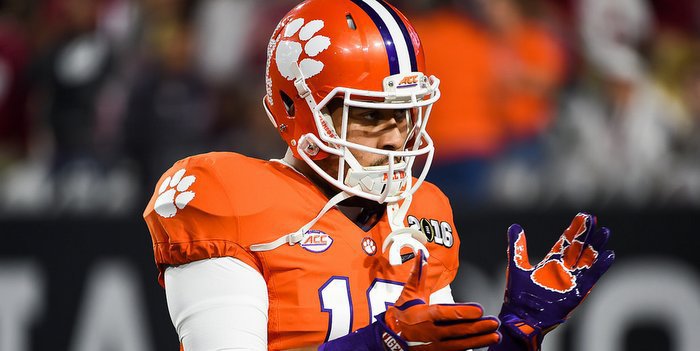 This offense will chase that greatness all season.

Think about it – arguably the nation’s best quarterback in Deshaun Watson. One of the nation’s best tight ends in Leggett. Gallman might be one of the nation’s top five backs. Guillermo is turning himself into an NFL player. Mitch Hyatt is a prodigy at left tackle. Wide receivers like Artavis Scott and Hunter Renfrow and Deon Cain and………Mike Williams. Williams has battled back from a neck injury and looks poised to become a first round draft pick.

I asked quarterbacks coach Brandon Streeter about the offense last week at the South Carolina Football Hall of Fame banquet, and his eyes understandably lit up. I rattled off the names that he and Jeff Scott and Tony Elliott have to work with, and wondered if this could be one of the greatest collections of offensive talent that college football has seen in a while.

“It really is. It could be, on paper, one of the best you'll ever see,” Streeter said. “At least in my mind. We are around these guys all the time and we know how talented they are. When you have not just a quarterback, but the receiving corps you just mentioned and the tight end and the offensive line and the running backs - there is not a spot in the offense that is a question mark for us. There was last year going into season - it was the offensive line. But they've proven themselves. There are no questions marks going into it.”

Streeter said the coaches will tweak the offense heading into fall camp, but with so much talent in the lineup, there isn’t a need to make wholesale changes.

“We might have to tweak some things going into it, but we don't need to over think stuff,” he said. “We have guys that can match up and create really good matchups against the defense. We have to keep it simple and let our guys play and have fun doing it.”

The seeds of greatness were sown in the living rooms of prospects on the recruiting trail, were cultivated on the practice fields and in games last season and the blooming process began in the steamy locker room after the loss in the championship game.

The harvest will come this fall when one of the greatest collections of offensive talent in quite a while takes to the field. Greatest ever? The numbers won’t say so, because head coach Dabo Swinney won’t run up the score on anybody. But they’ll get the job done and like the defense, we’ll see more than one of them play on Sundays.