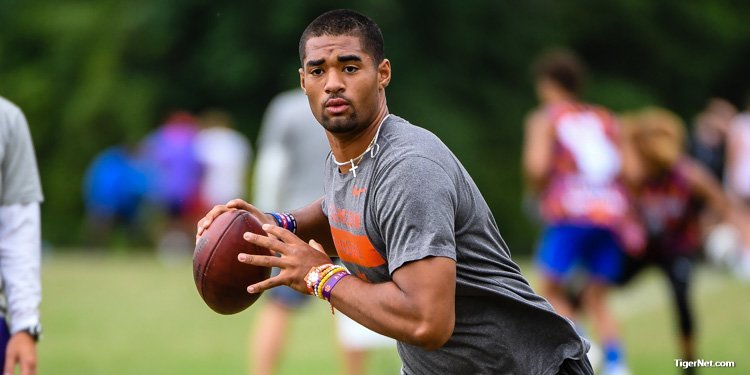 Uiagalelei committed to Clemson back in the spring

D.J. Uiagalelei is doing his best to enjoy his senior season, but he’s also looking ahead to January when he will enroll in Clemson and perhaps embark on a college baseball career.

Uiagalelei is the 5-star Clemson quarterback commit out of Bellflower (CA) St. John Bosco that committed to Clemson during the spring. Uiagalelei has tossed 15 touchdown passes in four games, totaling 1,154 passing yards, and also rushed for two scores.

Two weeks ago against Ramsey (NJ) Don Bosco Prep Uiagalelei finished 9-16 (two drops) for 249 yards and five touchdowns and added a 19-yard touchdown run where he ran over and dragged several defenders down the field. In an earlier win at Liberty, Uiagalelei was 6-9 for 290 yards and five touchdowns. That’s right – five of his completions went for touchdowns. Four of Uiagalelei’s touchdown passes went to junior Clemson offer Beaux Collins. They connected from 80, 26, 34 and 38 yards. Uigalelei’s other TD pass, of 71 yards, was to Jode McDuffie.

Uiagaleli started the season by hitting just two of his first 11 passes but has since settled in nicely.

“I think I've done a pretty good job. The first game was alright. It was a little shaky,” Uiagalelei told TigerNet. “The second game, I picked it back up. I'm just trying to focus on the next game. We've just got to work on some stuff and we'll be good. As long as we keep playing, we'll get better and better.

“We're just getting ready for the backend of the season. Playing good teams is what we want to do. We want to play the best teams to prepare us for the league, just to get us ready. It's good getting to play good teams. We just have to stay focused. It's kind of like college.” 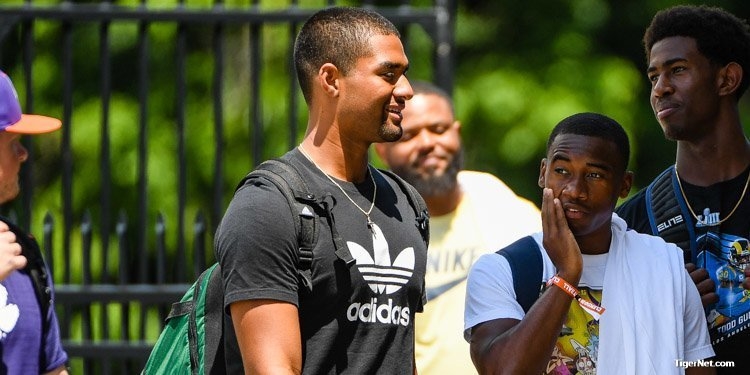 Uiagalelei committed to Clemson back in the spring"

Uiagalelei is also enjoying the fact that his younger brother – freshman defensive end Matayo Uiagalelei – is getting playing time.

“This has been the first time we've ever played together on the same team, so it's pretty cool,” he said.

As for his rough start, Uiagalelei said he was trying to do too much.

“I talk to Coach Streeter every week - one time a week and sometimes two. It just depends on what's going on with my game schedule or how they're doing. I stay in touch with them every week,” Uiagalelei said. “He says to just take my senior year in; take it one game at a time and don't look ahead. He says that college will be there and to focus on my senior season.”

Uiagalelei is an early enrollee and has the chance to play for Monte Lee and the Clemson baseball team. Armed with a mid-90’s fastball, Uiagalelei would be a welcome addition to the Tiger pitching staff but he wants to sit down with head coach Dabo Swinney to map out a plan for the spring.

“I'm going to graduate and come in January. With baseball, the plan is to play but I'm still not sure yet. We'll just see when I get there,” Uiagalelei said. “I think I have to wait till I get there and sit down and have a conversation with the baseball coach and Coach Swinney and just talk about how this going to work and if I'm going to do it or not do it.”