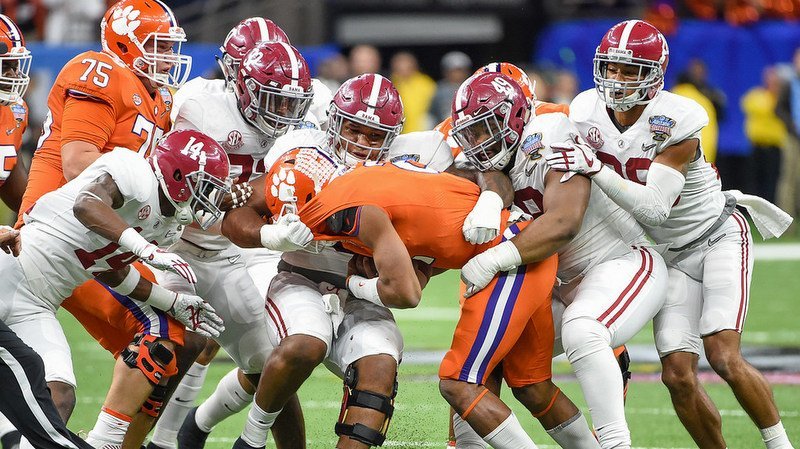 The optimism that surrounds the Clemson football program is high, and it should be. Clemson, which returns 15 starters from last year’s College Football Playoff team, will likely start the 2018 season in the top five and the schedule is as kind as it could be.

Brent Venables’ returns more than enough pieces to have the NCAA’s staunchest defense, including all four starters from last year’s defensive line. The offense returns three starters on the offensive line, starting quarterback Kelly Bryant, plenty of depth at tight end, the top two running backs in Travis Etienne and Tavien Feaster and plenty of playmakers at wide receiver.

Add in the 2018 recruiting class – including kicker B.T. Potter – and Dabo Swinney will have all the pieces to contend for the National Championship. In fact, this might need to be the year to chase a second title in the Swinney area – the Tigers will lose anywhere from 20-25 or more top-notch players after the season, including many in the front seven on defense.

So what has to happen for Clemson to move past the playoff semifinal and return to the title game and even bring home a win? Sure, the punting game has to improve, and some consistency needs to be found on field goals, whether that is the return of Greg Huegel, the emergence of Alex Spence or the addition of Potter. Potter, at the very least, should avoid a redshirt and become the kickoff specialist.

For Clemson to take that step forward, however, the offense has to improve. You know it. I know it. The opponents know it. The coaches know it.

It starts with the offensive line, which drew criticism after the bowl loss to Alabama. The offensive line wasn’t just bad in that game, it was terrible except for a few bright spots. However, I can almost call that Alabama game an outlier – the Crimson Tide came with something to prove, played angry and was dominant. For the season, however, the stats say that Clemson’s offensive line was way above average.

One of my favorite stat pages is at Football Outsiders, and their offensive line page shows that Clemson was third-best nationally in adjusted line yards, which separates the ability of the running back from the ability of the offensive line. The line’s pass blocking stats and power success rate are all above average, so the line was probably better than most people thought in 2017.

The offense itself, however, wasn’t as explosive as it has been in the in the past few seasons. There are several factors to consider – Clemson had the lead in most of their games and the offense went ultra-conservative when given a lead is probably the biggest – but the 2017 team lacked consistent explosiveness.

It will be interesting to note what happens with the offense during spring practice and fall camp. I don’t see the offense of last season – which too often ground to a halt in the third and fourth quarters – winning a championship. First down numbers were down (just 309 last season opposed to 403 in 2016 and 393 in 2015).

Will the offense be more of the ground and pound with limited shots down the field, letting the defense control the game while putting enough points on the board to win? Alabama has used that formula for years, and it hasn’t done them any harm. But Alabama hasn’t had to play another elite defense in the postseason very often (except for Clemson in 2016). If Clemson is going to win another title, it will probably have to go through Alabama, again, and the offense has to be better than it was in 2017.