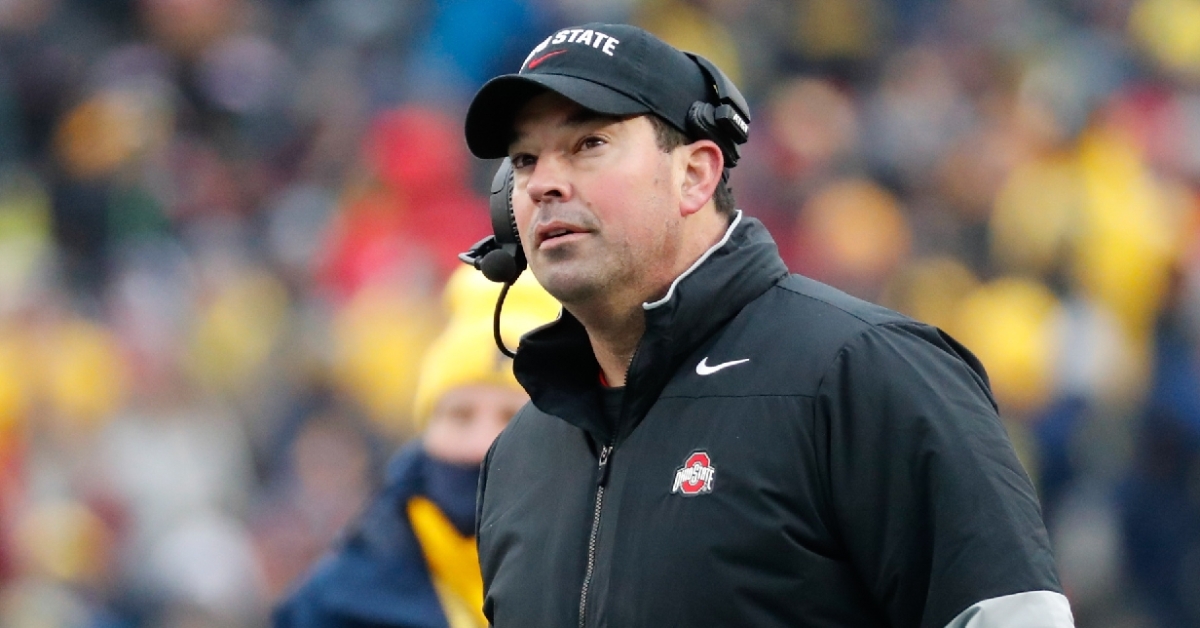 Ryan Day says his team has a great challenge ahead in Clemson (Photo: Rickosentoski / USATODAY)

Ohio St. head coach Ryan Day has seen enough of Clemson to know the Tigers are talented across the board, but his biggest takeaway is the fact that they are the defending champs and haven’t lost a game in a long time.

No. 2 Ohio St. (13-0) and No. 3 Clemson (13-0) tangle in the desert later this month in the College Football Playoff’s semifinal in the Fiesta Bowl. Ohio St. was the top seed heading into conference championship weekend but dropped behind LSU in the rankings released Sunday.

Day said he thinks the Buckeyes should have stayed the top seed.

“I mean, yeah, do I feel like we should have been the 1 seed, but LSU has had an unbelievable season. I think what Joe (Burrow) has done and what that team has done, they've done an unbelievable job,” Day said. “What Clemson has done, I could see that argument, as well. They're the defending national champs, and they haven't lost a game since and played great football.

“At the end of the day, you've got to beat the best to go win the National Championship, and certainly Clemson is that. What matters at the end of the year is who's won, not right now. So we've got a big challenge ahead of us as we start to prepare for Clemson.”

Day was asked his impression of the Tigers.

“The impression is they're the defending champs and they haven't lost since,” he said. “They have a veteran quarterback now who has played a lot of football and is playing really good. (Travis) Etienne is one of the best backs in the country. Tee Higgins and some of the wideouts they have are some of the best in the country, and what they do on defense and what Brent Venables has done year in and year out, they're the best defense in the country. If you look over the last five to ten years, you can make a case that they are the best. They change up looks. They're aggressive. He's aggressive, and they're very, very talented.”

Clemson head coach Dabo Swinney has said this team has been overlooked when it comes to seeding and national respect, but Day said that kind of talk doesn’t matter.

“I mean, at this point I think it's kind of minuscule,” he said. “We're all playing for the championship. There's four of us, and we've all got to play each other, so mix us up in a bag and let's go play.”

He has studied Clemson, however, and loves what defensive coordinator Brent Venables brings to the table.

“I kind of look at offenses a little bit just to get different ideas of what people are doing,” Day said. “But yeah, I've watched Clemson this year and just watched what Coach Venables has done because he's pretty innovative. He changes up the different looks. He's aggressive; he comes at you. So yeah, definitely looked at him, and he does a great job, and those kids play hard for him. We've got to do a great job in preparation.”

The last time the teams met? In the Semifinal in the same stadium and bowl game in 2016, a 31-0 Clemson victory. Day doesn’t think the Buckeyes will use that loss as motivation, however.