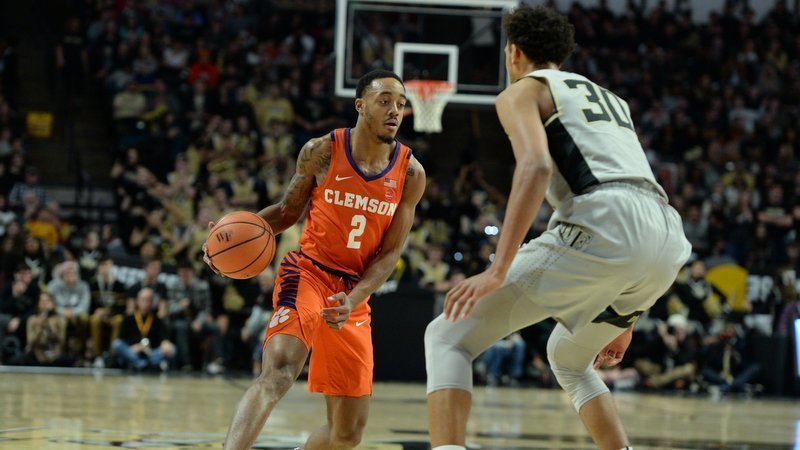 Clemson and Duke face off in a critical ACC matchup Sunday afternoon in Littlejohn Coliseum and if the Tigers are going to knock off the Blue Devils they will do it without two of their best players.

In other words, it will require a total team effort.

Clemson, already without the services of senior Donte Grantham, will also be without point guard Shelton Mitchell in the matchup. Duke will be without star freshman Marvin Bagley, III, who has missed two games with a knee injury.

*Limit Grayson Allen – Duke may be without Marvin Bagley III – the ACC's leading scorer and rebounder, averaging 21.2 points and 11.4 rebounds this season – but senior guard Grayson Allen has stepped up his game in Bagley’s absence. Against Georgia Tech, Allen scored 23 points and notched four rebounds. He then led all scorers with 25 points and was 7-of-15 from behind the arc against Virginia Tech Wednesday night. Allen’s previous high in ACC play was 22 against Florida State back in December.

Duke has other players who are more than capable of beating Clemson, but if the Tigers are to have a chance Sunday afternoon, they’ll need to limit Allen, who is the heart and soul of the Blue Devils’ team.

*Trapp Time – Clyde Trapp has played sparingly as a true freshman and seems to be gaining confidence with every outing, but with Shelton Mitchell out Trapp will need to have his best game of the season. Trapp has scored in each of Clemson’s last four games, including six points against North Carolina, while averaging just eight minutes of game action.

We’ll likely see Trapp running the point at times, so he’ll need to take care of the ball, but not be afraid to shoot when he’s open because Duke will undoubtedly try to take Gabe DeVoe and Marcquise Reed out of the game.

*Play Big – Without Bagley, Duke will play a freshman and sophomore in the post, so Clemson’s big men could be the difference in Sunday’s game. Wendell Carter has started most of the season at forward while Marques Bolden has only started the last two games. Elijah Thomas and Aamir Simms will need to play well with their backs to the baskets and hit the close-range shots when their open.

Clemson ranks in the top 30 in the nation in 2-point percentage allowed and if they can somehow limit Duke’s points in the paint and force the Blue Devils to become one dimensional, it might just be a recipe for an upset in Littlejohn Coliseum.