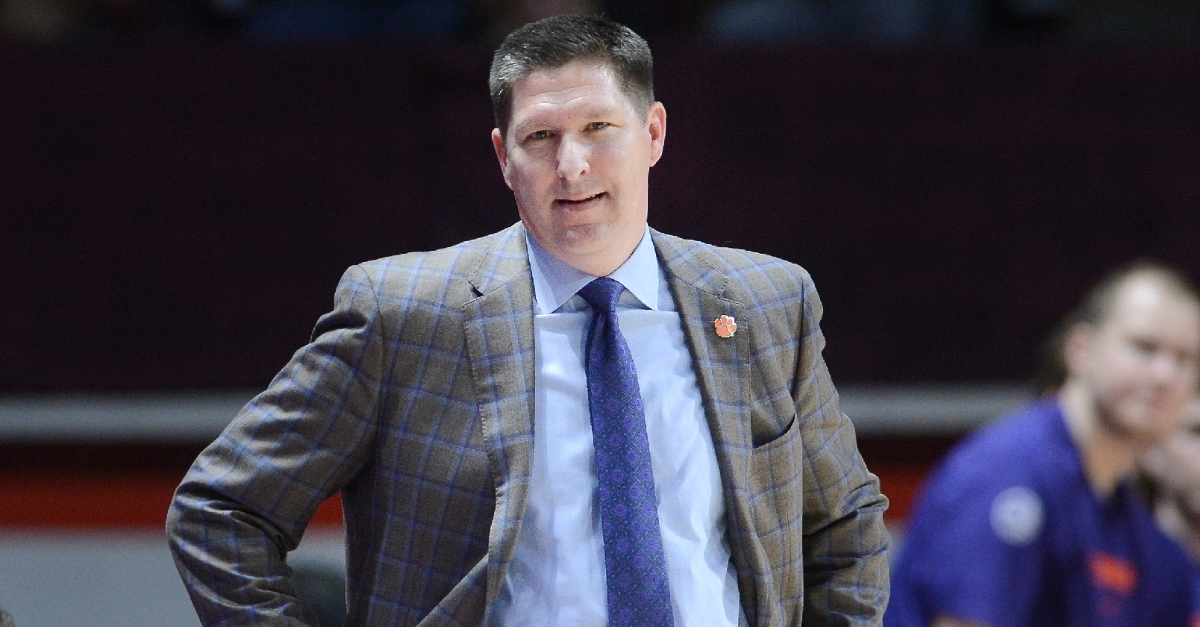 Brad Brownell's Tigers fell back below .500 in ACC play after the Hokies shot nearly 60 percent from the field in the second half to pull away to a 70-58 win over Clemson.

The Tigers (15-14, 9-10 ACC) trailed by five at the half in Blacksburg's Cassell Coliseum and then would lead as late as 14 minutes to go, but a 13-0 Hokies run from that point sunk their road momentum, falling behind by as many as 17 points.

Terrence Oglesby takes a look at what happened:

In the first half, Clemson was doing a fantastic job chasing cutters off of screens and staying physical around the rim. There were times when shooters were able to get separation and the Tigers did a nice job of communicating switches and not giving up rhythm threes. The second half was a little bit different. Clemson had a hard time guarding Virginia Tech’s floppy action and the Hokies were able to get a rhythm after a couple of miscommunications defensively.

This was tough because the Tigers started the game 3/3 from the three-point line. With some teams, this is a good sign, but for this year’s Tigers, it has proven to do the opposite. Clemson was a little too willing to enter a three-point shooting contest with a Hokie team that struggles doing anything but shoot 3’s. The majority of the shots that Clemson took wouldn’t qualify as “bad shots,” but with Virginia Tech’s obvious lack of size it would have been nice to see some more aggression towards the basket.

As much as I harped on pounding the interior on offense, the Hokies did a remarkable job of protecting the paint. For what they lacked in size, they made up for in physicality. PJ Horne is playing severely undersized at the five position, but with his brute strength was able to push Simms out of his scoring area with his back to the basket. Also, it’s worth mentioning that Mike Young’s team did a phenomenal job of making the lane look really congested. You can say all day that guys need to drive the lane, but oftentimes it was more easily said than done.

This was a really tough break for the Tigers. Both of those players are heavily relied upon within Brad Brownell’s offense. It affected Dawes's confidence all game as he ended up only 1/7 from the field with five points. This is something that the freshman has yet to face in his college career and he will have to use this as a learning experience moving forward. You can’t let a foul-plagued first half leak into the rest of the game. Aamir Simms picked up an early two fouls after a strong start and it crippled Clemson. Being that he is their lone interior scorer (Jemison is getting better, he’s just not there yet), his fouls stifled any sort of inside-out offense. You can probably afford to lose one of those two to foul trouble, but not both at the same time.

Rest up and Get Ready for a Quick Turnaround

The Tigers get an early adjustment for how tournament play will be this week. A quick shower and trip home will be about as much as Clemson will be able to think about his one. Georgia Tech comes to town and looks to be above .500 in conference play for the first time since 95-96. The Tigers need to come in with a mindset to improve and send off their seniors on a good note for their final home game.

This one hurt. The Tigers had made a legitimate move to the bubble and needed to win out in order to make a strong case for the tournament. The post-season is not out of play after the ACC tournament however and Clemson still has a viable shot at the NIT. For a team that was picked towards the bottom of the ACC during the preseason, an NIT berth should be considered a success. Here’s to hoping the Tigers can wash off this game in time to have a solid performance at home.