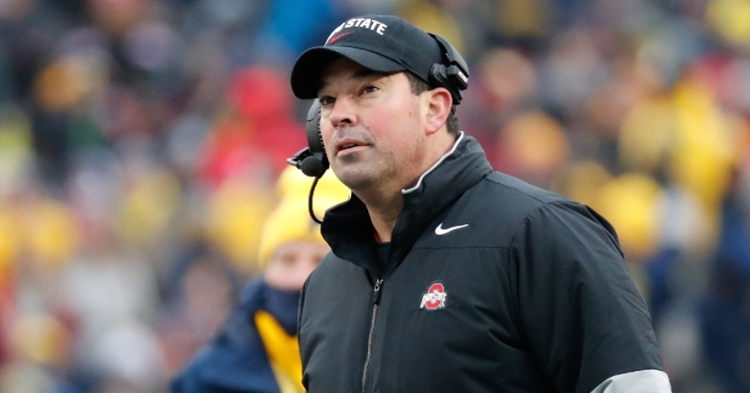 Ryan Day says his team has a great challenge ahead in Clemson. (Photo: Rickosentoski / USATODAY)

No. 3 Ohio State hasn’t played a lot of games this season, but head coach Ryan Day knows the Buckeyes will have to play their best game when they take on No. 2 Clemson in the Sugar Bowl’s College Football Playoff Semifinal.

The selection marks Clemson’s national-best sixth consecutive College Football Playoff (CFP) appearance. With the selections by both schools this year, Clemson and Alabama (six each) remain tied for the most CFP berths in history.

The meeting will be the fifth between Clemson and Ohio State all-time, moving the Buckeyes past Alabama and LSU (four each) as Clemson’s most common bowl opponent. Though Ohio State ranks second all-time in FBS wins, Clemson holds a 4-0 all-time record against Buckeyes. It will be the second-straight year and the fourth time in the last eight years that the teams have met in the postseason.

In last year’s College Football Playoff National Semifinal at the Fiesta Bowl, Clemson overcame a 16-0 first-half deficit to earn a 29-23 victory against the Buckeyes. At the time, the victory was Clemson’s fifth-largest comeback in school history and its second-largest under Dabo Swinney. After a Travis Etienne touchdown reception gave Clemson the lead with 1:49 remaining, safety Nolan Turner sealed the victory with an interception in the Clemson end zone in the final minute.

Day’s Buckeyes have played just six games, but he knows it will take a big effort to knock off a Clemson team that has five more games.

Day knows the Buckeyes also have a tall task in stopping quarterback Trevor Lawrence and running back Travis Etienne.

“Etienne and Lawrence are obviously two of the best in college football, and will probably go down in history as two of the best ever,” Day said. “And then defensively, Venables makes it hard. He’s always changing looks and doing things and gets you on your heels. And this team’s been there before. They’ve won a lot of games.”

However, Day is confident his team can pull off the win.

“I think we have the potential to beat anybody in the country. One game, we can beat anybody,” Day said. “But we have to play well. We have to be able to practice as a team together, as a unit. And I think if we do, and we’re all together, and we’re detailed in our execution and we’re playing hard, then we can beat anybody in the country. And that’s just what it comes down to. People can talk and that’s fine. They can talk about who deserves to be in, who’s favored, all those things. What really matters at the end is how well we execute and how hard we play.

“If we do those things, if we execute at a high level and we play really, really hard, we’ll be in it in the fourth quarter, and then we go from there. Because we do have really good players in a lot of areas. And we do have one of the best quarterbacks in the country. He didn’t have his best game yesterday, but he’ll come back, he’ll play well. And then our defense has gotta do a great job of stopping the run and avoiding big plays. If we can do all those things, we’ll be right where we need to be.”