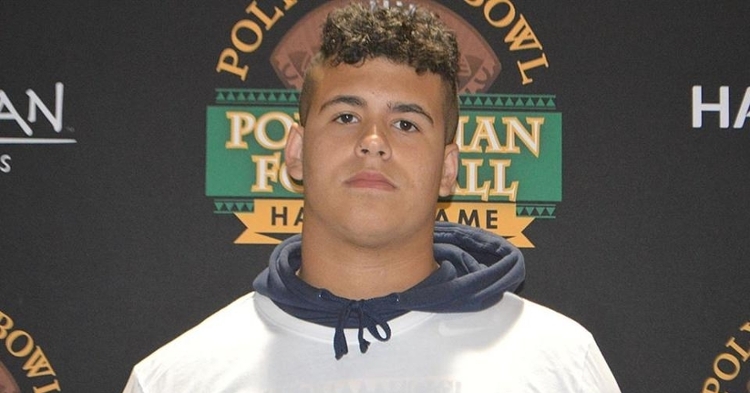 One of the top 5-star offensive tackles in the country loves what Clemson has to offer. He is also ready to show what he can do now that he’s healthy and in shape.

Julian Armella is a 6-6, 285-pound 2022 prospect out of Miami (FL) Gulliver Prep who has offers from every big name in the country. In early July he trimmed his list to a top that included Florida, Miami, Alabama, FSU, Clemson, LSU, Ohio State, Tennessee, Georgia, and Michigan.

However, he’s spent much of the summer getting healthy.

“I've actually lost about 40 pounds and that's because at the end of my season I just let go when I was at St. Thomas and I just had nothing to do,” Armella told TigerNet. “I was at home playing video games, eating like garbage. Then I just realized I didn't have to be 325 playing high school football. So I decided I was going to lose a lot of weight, so I can be quicker on my feet and just benefit for myself. And I've gotten stronger, faster. I'm jumping out of the gym now like a whole different person.”

As a result, he can’t wait to get on the field.

“No doubt because now that I lost all this weight and stuff, I feel like I'm just so much lighter and I'm going to be able to just grab onto people and move my feet faster and it's just going to be a whole different beast this year,” he said.

When it comes to his top ten, he is keeping all of his options open.

He is hearing from both offensive line coach Robbie Caldwell and head coach Dabo Swinney, who has taken a personal interest in Armella’s recruitment.

“I'm talking to both of the coaches and Coach Swinney has been all involved and informed with my weight loss thing,” he said. “I sent him all the videos and pictures, stuff like that. So, I've been talking to them. They got Marcus Tate over there and he's our contact whenever Coach wants to talk to me or something. But other than that, we just keep in contact. Talk when we can, stuff like that. Clemson has always been one of those programs that I grew up watching as a kid. They have this great tradition and a winning program and they are one of the best teams in college football.”

Armella, whose father, Enzo, was a defensive lineman at Florida State in the early 1990s, says the Seminoles don’t have an advantage.

“I don't really have any favorite. One thing that I've always been told by my family and stuff like that is no matter what, I mean, wherever I decide to go is where I decide to go and they are okay with that,” he said. “Just because my dad and my uncle went to Florida State doesn't mean I have to go there. But at the end of the day the place where it feels like home is where I'm going to be going.”

He hopes to take his visits in the fall.

“I'm trying to visit places different. Obviously, Miami is on my top 10 and stuff like that, but at the same time, I live about 15 minutes away from the University of Miami,” he said. “So I'll probably just take an unofficial there and then go to places like Clemson, Oregon, and places that are not close. So, I'm going to take some crazy visits soon if we're allowed to go.”