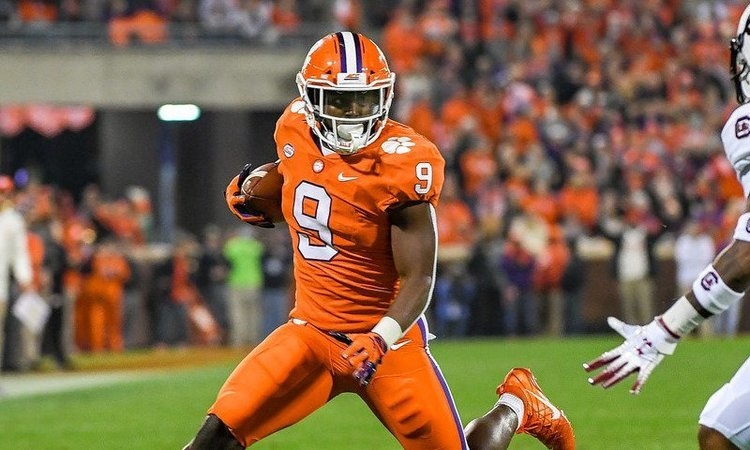 Clemson fielded the second-most selections on ESPN's All-American team on Monday with three, only one behind fellow Playoff-participant Alabama.

ACC player of the year Travis Etienne picked up the first-team honor on offense for Clemson:

"Etienne finished 10th among FBS players in rushing with 1,463 yards but did it with far few carries than those ahead of him. He had 104 fewer attempts than FBS rushing leader Jonathan Taylor of Wisconsin, and Etienne's 8.31 yards per carry ranked No. 2 among FBS players with at least 150 attempts. He averaged 9.3 yards on first down and had 1,035 yards against teams with winning records, most in the country. He almost single-handedly saved the No. 2 Tigers' season when he ran 27 times for 203 yards with three touchdowns in a 27-23 win over Syracuse on Sept. 29 after starting QB Trevor Lawrence went down because of an injury."

Ferrell picked up the Ted Hendricks Award honor for the nation's top defensive end with 10.5 sacks and 17 TFL. Wilkins was a finalist for the Bednarik, Outland and Nagurski awards - among more - with 52 total tackles, 13.5 for loss, with five sacks and an ACC-leading 36 QB pressures (per Pro Football Focus).