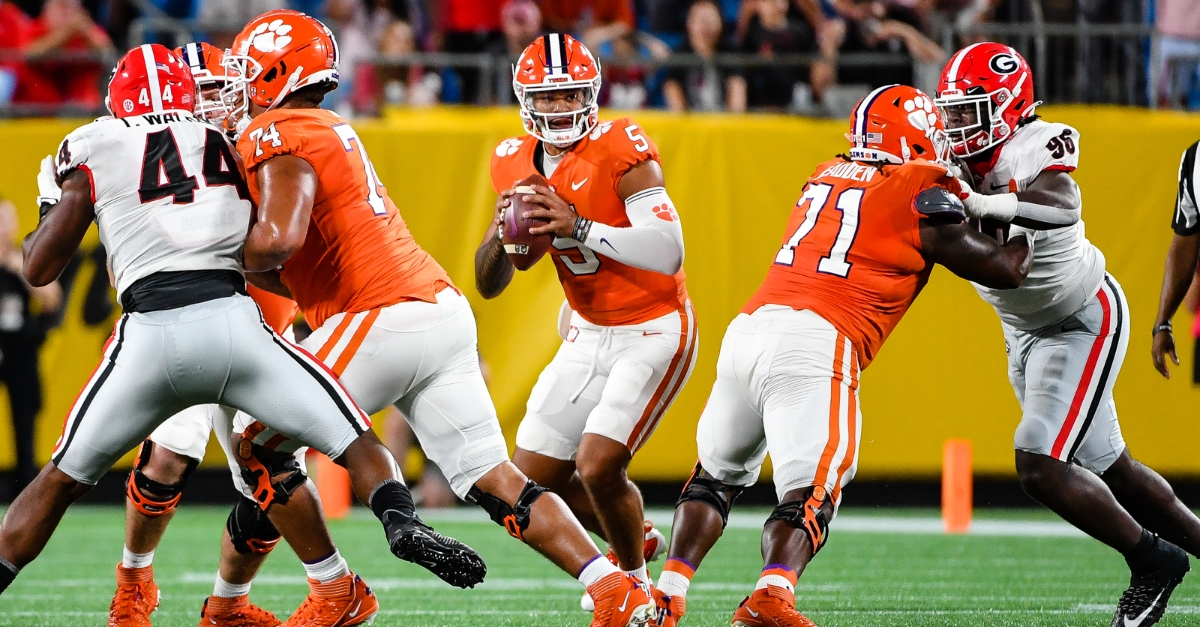 Clemson coach Dabo Swinney credited Uiagalelei for improving as the season went on.

Clemson football put a wrap on another double-digit win campaign recently, and with the help of analytics, we take a deeper look into the 10-3 Tigers season by position, continuing with the Clemson QBs.

DJ Uiagalelei took almost all the snaps at quarterback, but he never recaptured the success he enjoyed in 2020’s two-game sample. He showed it in flashes, like on the 58-yard pass to Beaux Collins against Wake Forest but never for a full game.

His best game by almost any measure came against Louisville when he threw for 220 yards with a 60% completion percentage and two TDs. Unfortunately, he wasn’t able to build on it – possibly due to a knee injury suffered at Louisville. His very next game was his worst of the year, as he completed less than half of his passes against UConn. After that, the offense began relying more heavily on the running game and asked him to be more of a game manager.

Uiagalelei struggled with his accuracy all season. He often missed receivers completely or put the ball on the wrong shoulder and gave defensive backs an opportunity to break it up. This shows up in his 55.6% completion percentage. Of course, it would only be fair to acknowledge the drops from the pass catchers that played a big role in dragging that percentage down: 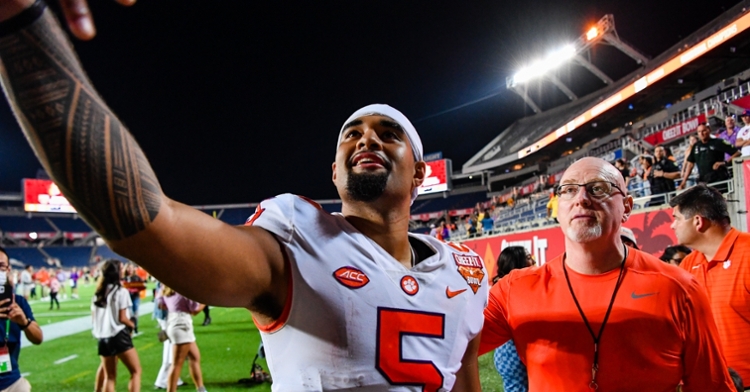 Clemson coach Dabo Swinney credited Uiagalelei for improving as the season went on."

As you can see above, even if you adjust for drops, his completion percentage would still be relatively poor. Issues with receiver route running hurt him too, but it would be wrong not to acknowledge his role in the passing game’s shortcomings. (For a more detailed film breakdown the passing game’s issues click here.)

Even while he struggled passing the ball, Uiagalelei seldom used his legs to create when plays broke down. Part of this was due to his own injuries, but the offense missed that element. He said he likes running the ball, so hopefully we see him improvise more when the opportunities are there. With top recruit Cade Klubnik joining the QB room, there should be more depth, which hopefully encourages new offensive coordinator Brandon Streeter to call more QB designed-runs than we saw in 2021.

Behind Uiagalelei was Taisun Phommachanh. Phommachanh tore his Achilles tendon in the spring game and remarkably came back in time to play in the Week 2 contest against SC State. He only had 19 pass attempts all season so it is hard to give much of an assessment, but his 57.9% completion percentage was a considerable upgrade from the 37.9% he had across his first two seasons (29 pass attempts). He came in during the UConn game and was having a career day against his hometown team with a 33-yard pass and a TD run in just four snaps but left with a shoulder injury. Injuries and inconsistent passing kept him from making a major impact during his time at Clemson and he is now in the transfer portal looking for a new school.

Walk-ons Hunter Helms and Billy Wiles combined for just 36 total snaps on the season while QB/WR Will Taylor had 15 and didn’t attempt a pass. Taylor will move to slot receiver next season after recovering from a torn ACL.

With the injuries to Uiagalelei (knee, finger) and Phommachanh (Achilles, shoulder) as well as the struggles at wide receiver (we gave the WR position a D-grade), I’m somewhat understanding of the struggles Clemson endured at the QB position. Still, Clemson must get much better if they expect to be a legitimate National Championship contender.