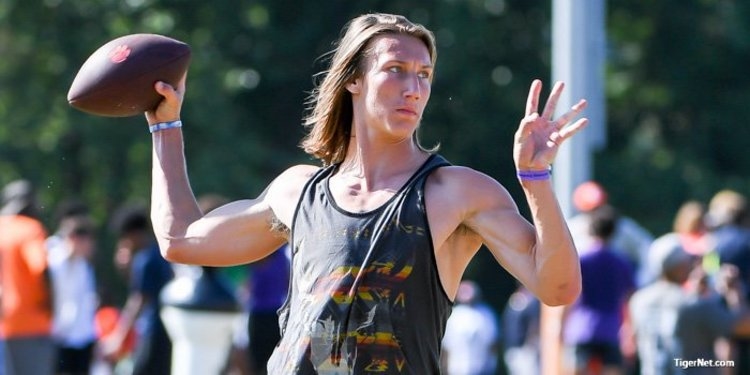 Lawrence is a big-time recruit for Clemson

The Atlanta Journal Constuition selects their top 11 players in the state of Georgia annually and puts them on their Super 11 list. 2018 Clemson commitments quarterback Trevor Lawrence, defensive back Kyler McMichael, and defensive end Justin Mascoll that was recently named to AJC's Super 11 team.

According to the AJC, 77 Super 11 players are currently playing in the NFL.