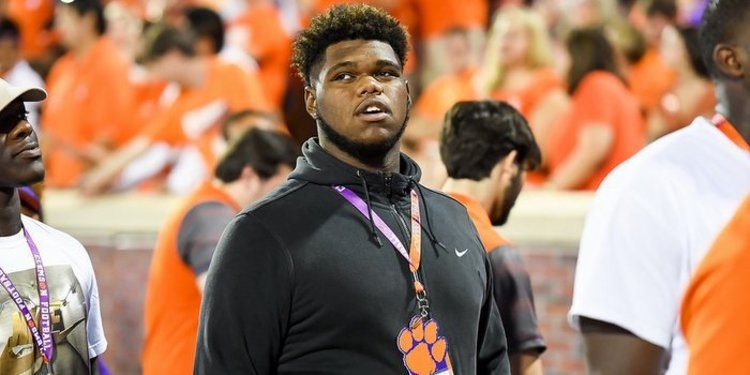 "When I got my first offer to Clemson in 2015, I knew there was a different feeling," Belk told TigerNet, "and a great environment and I liked Clemson from the beginning...Every time I'm down there, there's a family feeling."

Brings to Clemson: Belk dominated the Class A-level and earned a spot on the U.S. Army All-American team by racking up the tackles - several for loss - with his combination of size, speed and strength. He's also shown the ability to stay with a play and chase a tackler downfield, and knock down passes at the line. He follows in a long line of Tiger prospects who occupy plenty of space and also move well. Assistant coach Todd Bates said on Clemson's signing day show Wednesday that he is a "man's man" and "strong as an ox." Bates shared that he is such a beast that he was lifting weights right before a football game.

"He's going to be one of those guys who is a hard guy to move," Clemson recruiting coordinator Brandon Streeter said Wednesday. "He is a big man and strong. He plays into exactly what Brent likes to do. Just disrupt guys upfront, get penetration and just tackles for loss - it's something that's been special around here defensively and he majors in that."

Depth chart fit: Belk will have to break through at a spot with some depth next season, where an All-American candidate returns in Dexter Lawrence. He may very well be competing with another freshman signee and early enrollee in Darnell Jefferies for either first-year time or a redshirt.