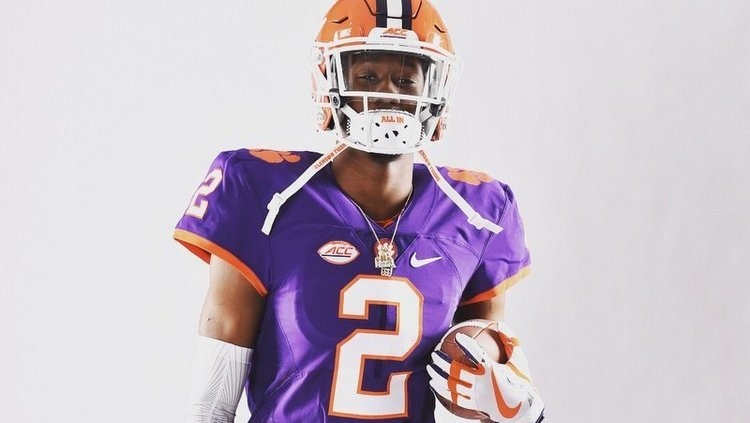 A cornerstone to Clemson’s 2019 class is officially signed in 5-star receiver Frank Ladson.

The consensus top-5-rated and 247Sports Composite 5-star Ladson came on board before the spring game as the first of two highly-rated targets to join the new ‘WRU.’

Brings to Clemson: Put the ball in the air and Ladson will go get it. The lanky South Florida target can go up and get the ball in traffic but also has the speed to track down a deep ball and turn on the jets to the end zone. In our coverage of Ladson at The Opening this summer, his demeanor caught the eye of the coaches: “I love that guy. He’s going to play on Sundays, I really believe that. He’s also a quiet, humble, superstar. You don’t see that a lot out of wide receivers, but he just goes about his business and he’s very coachable. There is a reason he is going to Clemson – Clemson is where the humble superstars go. They do things the right way and get the right kind of kids.”

Depth chart fit: Ladson is in a group of three talented early-enrollees with fellow 5-star Joe Ngata and 3-star Brannon Spector and faces quite a bit of competition at the position he looks most suited for, the ‘9’/boundary receiver role - fellow 5-stars Tee Higgins and Justyn Ross set to return. That said, Clemson hasn’t been shy about working in younger talents - especially this season with Ross and Derion Kendrick each making an impact. Ladson should find his way on the field plenty and his development in the weight room and beyond will determine his snaps as a true freshman.

Jeff Scott analysis: "Frank is a guy we found out about early. Really he's one of these guys who is a special talent. He runs extremely well. He's explosive. The video kinda speaks for itself but where I was most impressed was when I met he and his family...they all came up with him in January for Junior Day and I knew within the first five minutes that this was a Clemson family and a Clemson type of young man. He's not just going to like it here. He's going to love it here. Very explosive. He's similar to some of the guys we have who can take the top off (of a defense) and run by guys. He's going to be a lot of fun to watch."