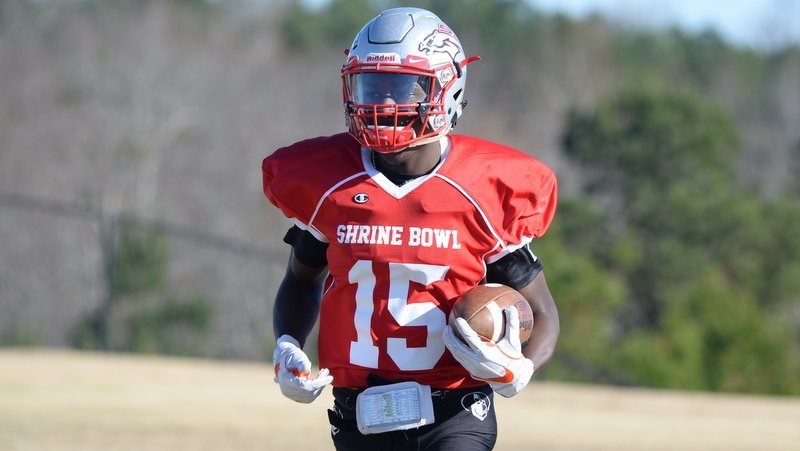 The S.C. Gatorade player of the year and Shrine Bowl selection committed in January, ahead of leading the Stallions on a 15-0 run to a state title.

Brings to Clemson: Kendrick's athleticism is off the charts. Speed? Check. Elusiveness? Check. Vision? Check. He was a threat to score anytime he touched the ball as a dual-threat quarterback in the high school ranks. Concentrate those skills into the receiver position in the Clemson offense and there's a force for years to come. His oozing swagger and competitive-fire adds another strong element to the mix as well. Swinney said on Clemson's signing day show Wednesday that he is "athletically off the charts" and has a chance to be "electric."

Co-offensive coordinator Jeff Scott said on the show that Kendrick comes from a winning program. "His change of direction and speed stood out to us early on," Scott said. "He is also a returner and dangerous with the ball in his hands. He is a electric player."

Depth chart fit: Receiver has been an instant-impact position for the Tigers and Kendrick will be no different. He projects well in size and speed for either the field/'2' receiver or the slot/'5' receiver, and how much playing time Kendrick earns factors on picking up the playbook and also showing off his blocking skills.

Derion Kendrick is a Tiger! pic.twitter.com/YlREi7SOU9