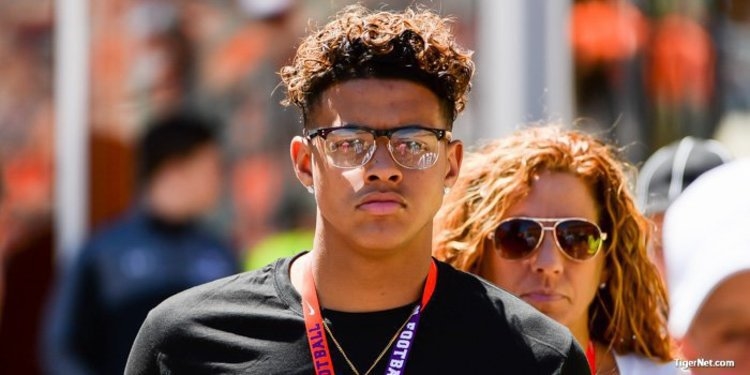 Galloway is coming off of a foot injury, but is back to 100 percent in workouts as of December.

Galloway committed in April after Clemson was his second Power 5 offer within a month.

Brings to Clemson: Galloway is a sizable and athletic target who will bring plenty of comparisons to former Tigers tight end Jordan Leggett. Taking out Galloway's ability as a passer his senior season, that's a fair assessment. He can move and has the build to add the tight end more frequently into the Clemson passing game.

Depth chart fit: Coming off of a foot injury his senior year, Galloway hasn't played significant snaps since a breakout - and debut - junior campaign with Seneca, after playing basketball primarily up to then. Enrolling early, like Leggett before him, could be the difference in making a more immediate impact in his time in Clemson. The coaching staff recognizes he's different than what they have already on the roster.

Number to know: 2 - Galloway is listed two inches clear of any tight end currently on Clemson's roster and an inch taller than any receiver (sophomore receiver Diondre Overton next-best, at 6-5).