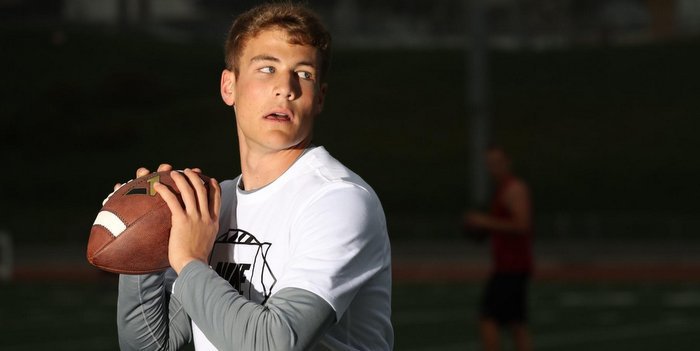 Brownsburg high school (8-1, 5-1 HCC) clinched their first HCC conference title since 2012 under the play of star quarterback and Clemson commit Hunter Johnson in a 35-24 win over Hamilton Southeastern on Friday.

The highly regarded prospect was 19-for-29 for 215 yards and four touchdowns with an interception and 72 rushing yards.

“With the amount of seniors we have and the amount of talent we have, we expected a lot,” said Brownsburg senior quarterback Hunter Johnson via IndyStar.com. “For us to be where we are right now, it’s awesome.”

In 2014, he completed 54% of his passes for 1,434 passing yards with ten touchdowns and eight interceptions.

Brownsburg will get two weeks off and then hosts Ben Davis in Sectional 5 play.