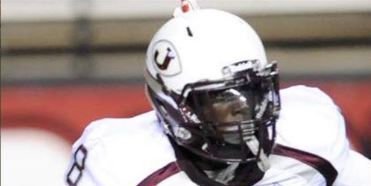 Etienne chose the Tigers over the other Tigers.

The Clemson coaching staff added what might be the final piece of the 2017 recruiting class Thursday evening when 4-star running back Travis Etienne from Jennings (LA) announced his verbal commitment live on KPLC 7 News and said "I'll be taking my talents to the real Death Valley" to the host while putting on a Clemson hat.

He made the decision on his birthday.

The top-rated Louisiana running back visited Clemson last weekend and Dabo Swinney did an in-home visit to Etienne's home recently. However, LSU's staff has also been recruiting him heavily and his home is only an hour away from their campus.

“It was a good visit; it went good” said Travis Etienne Sr. “They’ve got a good coaching staff around here. The blow away was their new facility. He had a good visit with the coaches. He interacted really well with them and he enjoyed it.”