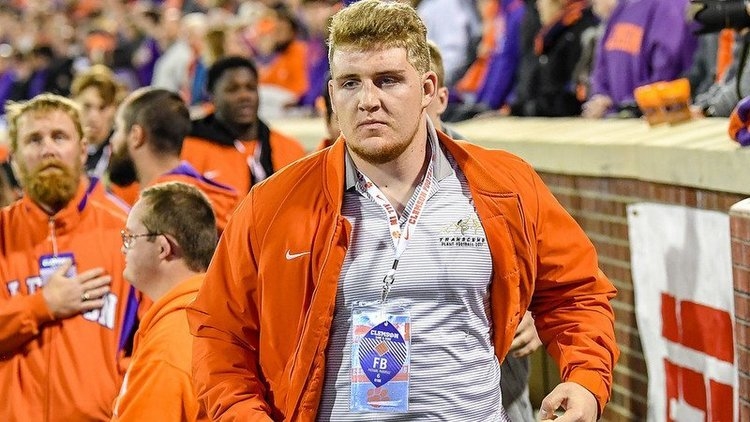 Putnam's commitment brings Clemson to a top-five class averaged across the recruiting sites.

Clemson added a key piece to its 2019 class with four-star, top-100-rated offensive guard Will Putnam’s commitment on Thursday. He will enroll in January, making it 17 early-enrollees for the Tigers now.

Clemson won out in a competition largely with Florida State and also Auburn, which each had visits with Putnam recently and official visits this fall. Putnam made his official visit to Clemson in mid-November.

"It's been a really tough recruiting process...I'm really excited to be a Clemson Tiger," Putnam said in his announcement Wednesday.

Putnam (Tampa, Fla.) is rated as high as the No. 4 offensive guard in the nation and No. 80 overall by 247Sports. The Tigers’ 27-man 2019 class moved up two spots to No. 5 in the 247Sports Composite Team Rankings with the commitment.

He is now one of 13 in Clemson’s 2019 class with a 247Sports Composite four-star average or better.

He is a third Clemson offensive line signee for 2019, joining fellow interior linemen Hunter Rayburn and Kaleb Boateng. Putnam is a seventh signee from the state of Florida this cyle.

Putnam will compete in the U.S. Army All-American Game on Jan. 5, before enrolling at Clemson (1 p.m./NBC).

Brings to Clemson: A state champion wrestler, Putnam brings an edge to the O-line and regularly put defenders on their backside at the high school level. Putnam helped anchor the blocking for a Plant running game that averaged 8 yards per carry and 245 rushing yards a game.

Depth chart fit: Clemson is set to return its two-deep at offensive guard in 2019 so Putnam can be brought along at whatever pace is needed next season. Enrolling early, he will get a head start on positioning for playing time in 2019 and beyond.

Putnam Clemson bio: National top 120 player and four-star recruit by three services … ranked No. 80 overall player in the nation by 247Sports, third-best offensive guard in the nation and 11th-best overall player in Florida … Rivals.com ranked Putnam as its No. 106 overall player, No. 7 offensive guard and No. 14 player in Florida … ESPN.com listed him as No. 116 overall player, No. 5 offensive guard and No. 15 player in Florida … will play in US Army All-American game in San Antonio on Jan. 5 … played for Robert Werner at Plant High School in Tampa the last two years … played at Glenwood High School in Chatham, Ill. as a freshman and sophomore … father is with the U.S. Army and his job was reason for the transfer … helped Plant High to 11-2 season in 2018 … one of four team captains in 2018 for Plant … played both ways throughout his career … in addition to his outstanding blocking, had 63 tackles on defense in 2018 with eight tackles for loss, five of which were sacks … had 31 tackles, including 3.5 tackles for loss in 2016 at Glenwood High … outstanding wrestler who competed in state heavyweight tournament as a freshman at Glenwood in 2016 … was the Florida state champion as a heavyweight in 2018 with a 25-0 record for the season … recruited by Robbie Caldwell and Tony Elliott … signed with Clemson on Dec. 20, 2018.

Plant's Will Putnam is a Clemson Tiger. pic.twitter.com/XahzSzydwn