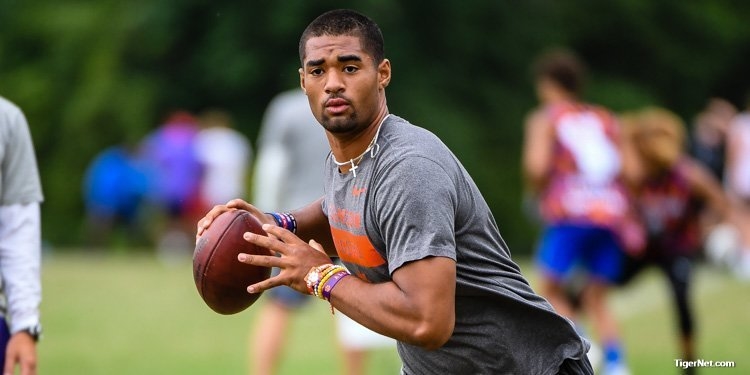 Uiagalelei connected on 23-of-28 throws for 398 yards and four touchdowns and also rushed for 64 yards and a TD on Saturday.

"He's going to Clemson for a reason," De La Salle coach Justin Alumbaugh told Maxpreps. "He was even better in person than he was on film."

"He just showed so much poise," St. John Bosco coach Jason Negro said to Maxpreps. "He just hangs in there and makes good decisions. He's a remarkable young man as well as quarterback."

Uiagalelei capped his season passing for 4,213 yards, 48 touchdowns and only two interceptions. He passed for over 10,000 yards in his high school career with 127 touchdowns throws to 11 interceptions.

Uiagalelei will enroll early at Clemson after competing in the U.S. Army All-American Bowl on Jan. 4.

We did that that thing Yo National Champions???? Big Cinco out ????? pic.twitter.com/WHeeSmlj8h