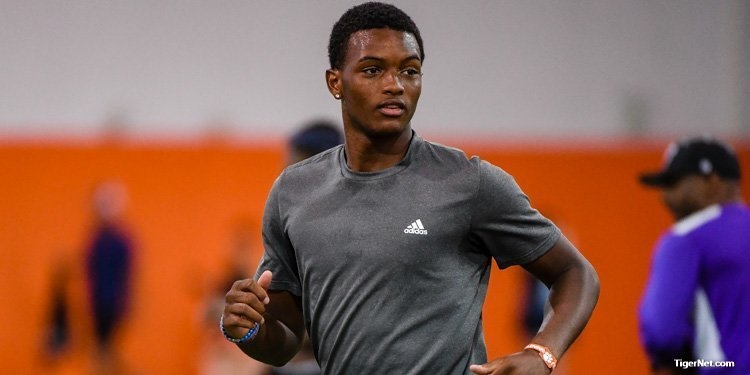 Collins was impressive at the 2019 Dabo Swinney Football Camp

'WRU' has a new future teammate.

Four-star 2021 Powder Springs, Georgia receiver Dacari Collins announced his commitment to Clemson before the start of the Clemson-Texas A&M on Saturday afternoon.

"Not much to say, except I’m COMMITTED to Clemson University," he posted on social media.

Collins chose the Tigers over Alabama, South Carolina, LSU, and others.

He competed at Dabo Swinney camp in June and has over 20 FBS offers. He has been going to the Dabo Swinney Camp since he was in the 7th grade (fourth straight year).

As a freshman, he had 8 catches for 148 yards and two touchdowns.

He is the second Clemson commitment for the 2021 recruiting class as he joins 4-star running back Phil Mafah.

Not much to say, except I’m COMMITTED to Clemson University?? #ALLIN ?? pic.twitter.com/rh7dIX7Wts