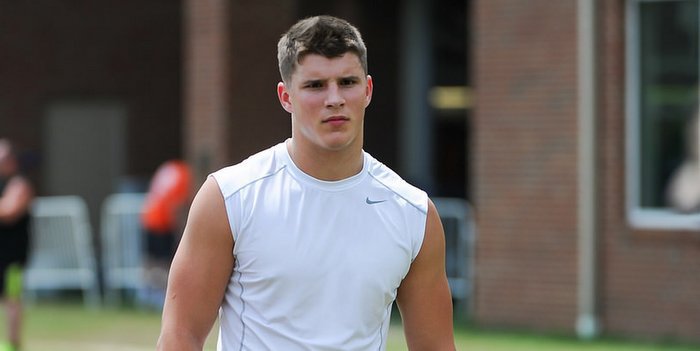 2017 DE/LB Logan Rudolph out of Rock Hill (SC) Northwestern has committed to Clemson on Friday night with a commitment video he posted on his Twitter account.

Rudolph is highly regarded as a consensus top five player in the state of South Carolina for the 2017 recruiting cycle.

Most schools are recruiting him as a defensive end and a few as a tight end, however, Clemson offered him as a linebacker.

He is the tenth commitment for Clemson for their 2017 recruiting class.

Rudolph posted the following funny video with music from Kenny Loggin's 'Danger Zone' announcing his commitment to the Tigers. Also, check out the hilarious cut-off jean shorts and boots while chopping wood.