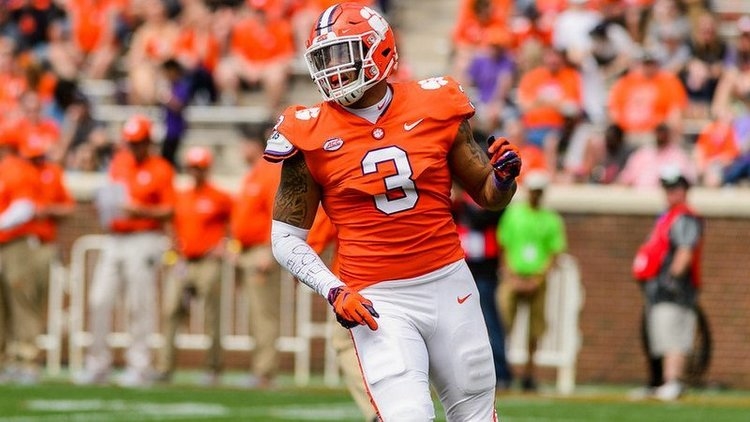 Alabama leads the team count with four representatives – linebackers Anfernee Jennings and Dylan Moses, end Raekwon Davis and cornerback Trevon Diggs. In addition to Delpit, LSU boasts linebacker Jacob Phillips and cornerback Kristian Fulton on the list to tie Iowa State, Notre Dame and Penn State with three members each. There are 16 schools with two members on the list.

Players may be added or removed from the watch list during the course of the season. As in previous years, the FWAA will announce a National Defensive Player of the Week each Tuesday this season. If not already on the watch list, each week’s honored player will be added at that time. The FWAA and the Charlotte Touchdown Club will announce five finalists for the 2019 Bronko Nagurski Trophy on Nov. 20.

The Bronko Nagurski Trophy winner will be chosen from those five finalists. The FWAA All-America Committee, after voting input from the association’s full membership, selects a 26-man All-America Team and eventually the Nagurski Trophy finalists. Committee members, by individual ballot, select the winner they regard as the best defensive player in college football.

The FWAA has chosen a National Defensive Player of the Year since 1993. In 1995, the FWAA named the award in honor of the legendary two-way player from the University of Minnesota. Nagurski dominated college football, then became a star for professional football’s Chicago Bears in the 1930s. Bronislaw "Bronko" Nagurski is a charter member of both the College Football and Pro Football Halls of Fame.

The Bronko Nagurski Trophy is a member of the National College Football Awards Association (NCFAA), which encompasses the most prestigious awards in college football. Founded in 1997, the NCFAA and its 25 awards now boast over 800 recipients, dating to 1935. Visit ncfaa.org to learn more about the NCFAA.

About the Football Writers Association of America

Founded in 1941, the non-profit Football Writers Association of America (FWAA) consists of more than 1,300 members, including journalists, broadcasters, publicists and key executives in all areas of college football. Led by current President Matt Fortuna of The Athletic, longtime Executive Director Steve Richardson, and a board of veteran journalists, the association continues to grow and work to help college football prosper at all levels. Visit footballwriters.com for more information about the FWAA and its award programs.