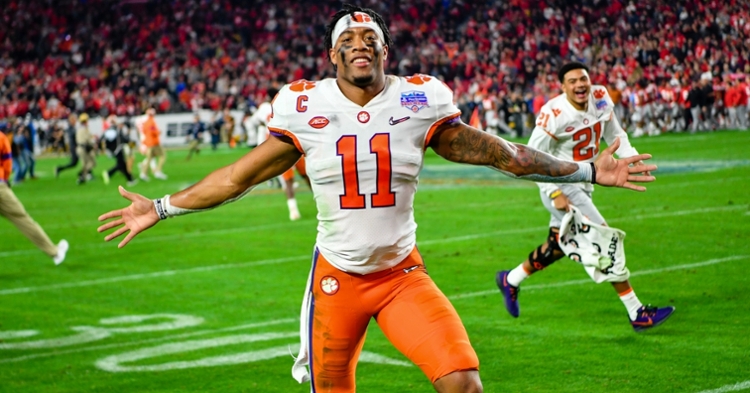 NFL draft analyst Mel Kiper Jr. released his 2020 NFL Mock Draft 3.0 on Tuesday as two Clemson players were ranked in the first round.

"This is another spot to watch for a trade," Kiper said. "If the Lions stay put and take Okudah, could a team jump in front of the Dolphins to snag Tagovailoa? Because I can't project trades here, I'll mock Simmons to the Giants. He's a phenomenal athlete who ran a 4.39 40-yard dash at 238 pounds, but he has great film from the past two seasons, too. He and free-agent addition Blake Martinez would really strengthen the G-Men's linebacker unit. General manager Dave Gettleman has to think about an offensive tackle here, too, with Mekhi Becton, Tristan Wirfs, or Jedrick Wills Jr. as possibilities."

Receiver Tee Higgins was predicted to go No. 19 (fourth WR overall) to the Las Vegas Raiders.

"If the Raiders take a cornerback at No. 12, they have to address receiver here," Kiper wrote. "They can't go into the season with Tyrell Williams, Hunter Renfrow and Nelson Agholor as Derek Carr's top wideouts. So how about Renfrow's college teammate in Higgins, a 6-foot-3 pass-catcher with elite ball skills. Higgins isn't a speedster -- he didn't work out at the combine, but he ran a 4.54 40 at his pro day -- but he could be an instant red zone threat for Carr and Las Vegas."