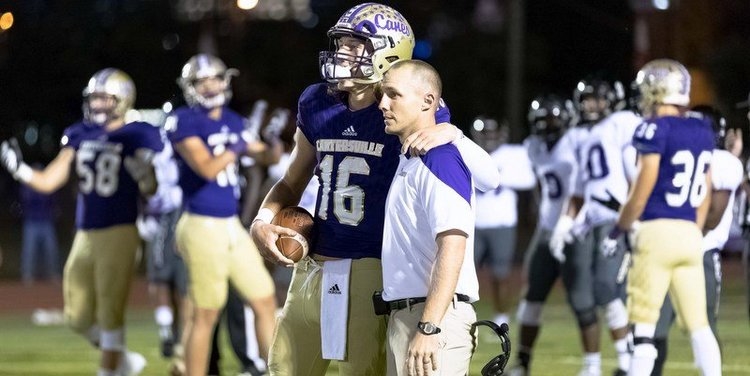 King comes to USF after one season as wide receivers coach at Coastal Carolina and five as the head coach at Cartersville High School (Ga.) where he led the Purple Hurricanes to a 67-4 overall record, two 4A state championships and four state title games.

"We are excited to have Joey join our staff," Scott said. "I got to know him well during our recruitment of Trevor Lawrence at Clemson and he had great success coaching Trevor and leading Cartersville High School to a pair of state titles. He also brings great experience as former student-athlete and as an active member of the community off the field."

During his five years at Cartersville, King was instrumental in the development of quarterback Trevor Lawrence, who led Clemson to an undefeated record and College Football Playoff national championship in his true freshman season of 2018 and has them unbeaten and in the CFP again in 2019. King also served as the offensive coordinator in the 2019 edition of the annual US Army All-American Bowl.

Prior to his tenure at Cartersville, King coached at Carrollton and Sonoraville high schools after beginning his coaching career at Jacksonville State University.

A native of Cedartown, Ga., King earned a bachelor's degree in physical education from Carson-Newman University in Tennessee in 2005 and a master's degree and education specialist degree from Jacksonville State.

While at Carson-Newman, King played quarterback and was a member of three NCAA playoff teams and three South Atlantic Conference championship teams. King passed for 600 yards in his career with two touchdowns and tallied 424 yards and five career scores on the ground. He was a member of the SAC Commissioner's Honor Roll and Carson-Newman Dean's List.

King and his wife, Ashley, have three children Jay, Ty, and Jesse.