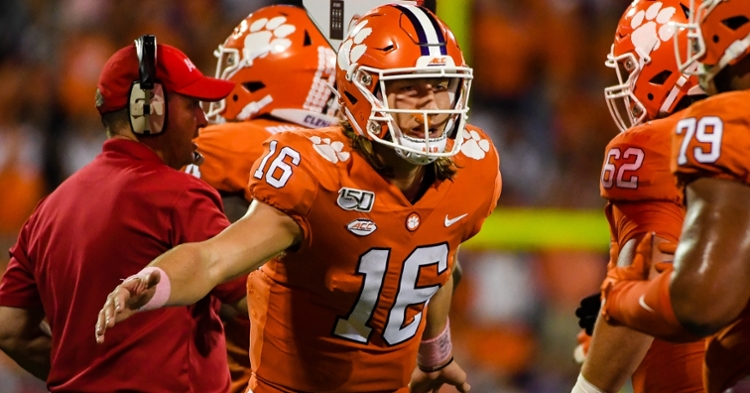 Clemson quarterback Trevor Lawrence was injured in the second quarter against Ohio State in the Fiesta Bowl.

Update 1: Lawrence was holding his left shoulder while on the ground after a big hit by Ohio State cornerback Shaun Wade. Targeting was called, and he was ejected for the remainder of the contest.

Update 2: Lawrence was seen by the trainers and then rushed off the field to the sidelines.

Update 3: Lawrence is sitting on the bench while Chase Brice is in the game.

Update 4: Lawrence was only out one play and amazingly is back in the game.