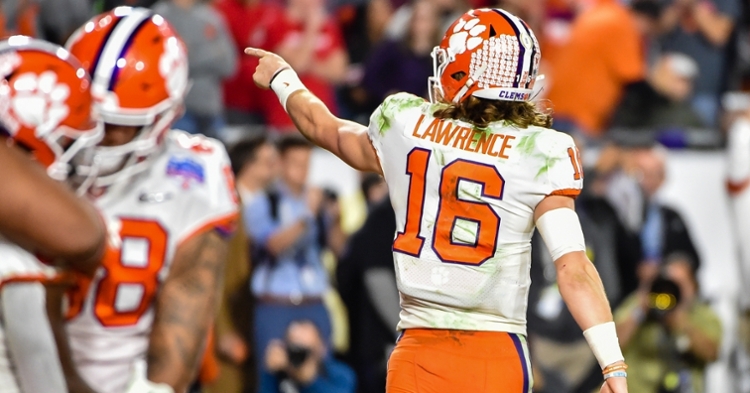 Clemson quarterback Trevor Lawrence is one of the superstars of college football.

Usually, when he says something, people stand up and take notice because of the respect that many have for him.

As the college football season is under more uncertainty by the day, Lawerence shared on social media that he thinks the season should not get canceled.

"Let's work together to create a situation where we can play the game that all of us love. Not divide and argue. There is a way forward," he posted.

Lawrence understands that if players are sent home, they will still be at risk for the virus.

"People are at just as much, if not more risk, if we don't play," he said. "Players will all be sent home to their own communities where social distancing is highly unlikely, and medical care and expenses will be placed on the families if they were to contract COVID-19. Not to mention the players coming from situations that are not good for them/ their future and having to go back to that. Football is a safe haven for so many people."

Lawrence believes players could be more susceptible to the virus without football.

Trevor Lawrence's latch ditch effort to save the season and I'm here for it! pic.twitter.com/1PKI9NVL4a

Trevor Lawrence is trying to lead a fourth-quarter comeback. But he and his (reasoned) arguments may have been put in the game too late. https://t.co/VREK4buduL

I am now a Trevor Lawrence fan. Let the kids play https://t.co/fDw9w7BYmA

Just spoke with my dad, who’s a research scientist and doctor studying CoVid. He believes that student athletes could be safer if they remain with their teams bc they’ll be closely monitored and have more motivation to isolate and avoid social situations. @Trevorlawrencee agrees: https://t.co/M3vF7nMQdg