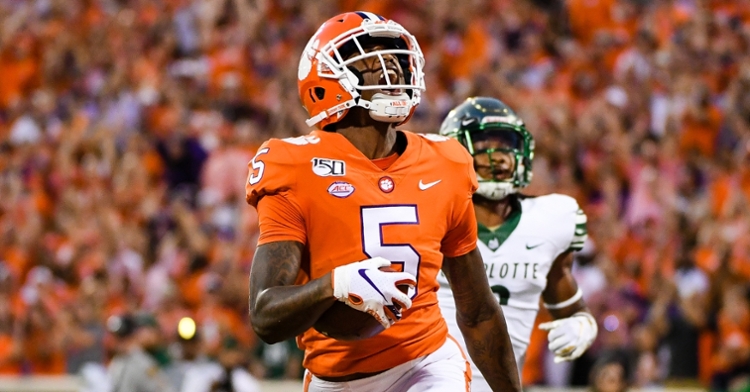 Higgins is a top talent at the WR position

Clemson head coach Dabo Swinney held his weekly media teleconference on Sunday as he touched on several topics including the injuries on his team.

"Tee Higgins with a very mild strain of his hamstring," Swinney said. "Same thing with Jake Venables and Frank (Ladson) kinda rolled his ankle. All of those guys will get treatment and all that hopefully will be ready to go. Other than that we came out from the game pretty good."

For the season, Higgins has 24 receptions for 549 yards and three touchdowns.

In other roster news, cornerback Mario Goodrich didn't play against Florida State because of a disciplinary issue.

"Just didn’t play him," Swinney said. "Sat him. He’s in trouble with me so that is why you didn’t notice him. He’ll be back this week. It was just my decision not to play him."