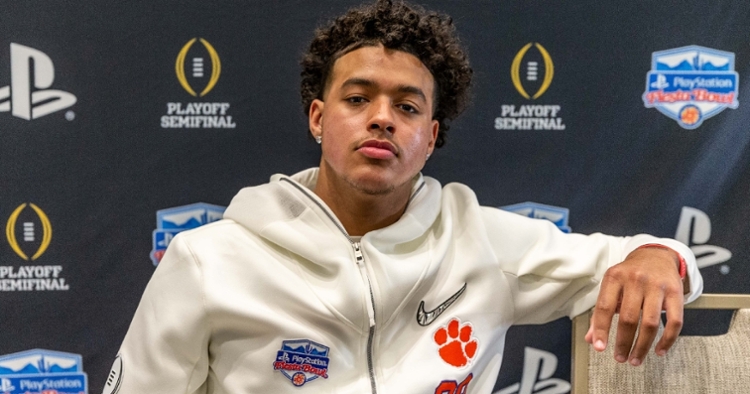 Galloway has a chance to be a big playmaker in 2020

Swinney was asked about his tight end group and he didn't hold back his excitement.

"Oh, man, we’re in another hemisphere when it comes to where we are at tight end, and it’s just I mean, it’s incredible," he said. "It’s definitely one the best positions on our team. Of course, J.C. (Chalk) is back and got a lot of experience last year. But Branden Galloway has got some great football ahead of him and really going to be a problem for a lot of people. He just continues to develop and work."

Swinney thinks that four other tight ends besides Galloway and Chalk can make a true impact with his team.

"And then Davis Allen is one of the most improved players in one year’s time that we’ve had come through here," he said. "Unbelievable progress from where he started to where he is. He came in here last summer. So in one year’s time he has made some huge, huge strides, very talented. Looks like one big old Pittsburgh Steelers type guys, but he’s got a bright future.

"And Jaelyn Lay, he’s still a guy that’s going to progress. But he’s one of those guys. I’m telling you, he’ll just stay the course and just keep going. You’re going to look up here and he’ll be one of those fourth and fifth year guys that everybody going, where did he come from? He really has a high high ceiling. It hasn’t come as easy for him, but he’s made a ton of progress, super proud of Jalen.

"And then Sage (Ennis) has battled some mono. So he’s been out, but kind of working his way back, hopefully here pretty soon and another big time tight end that I think we hit on that obviously just hasn’t been able to go just yet. And obviously, Luke Price, you know, he’s a scrappy guy, got some good experience, came through for us a bunch last year. Definitely brings something to the table too."

Clemson appears to be six-deep at the tight end group and that has to be great news for fans that love when the offense showcases the tight end occasionally.