Dwight Schmidt cheering on his sons at Clemson on Sunday

Dwight Schmidt is a proud father as his sons Clate and Clarke are outstanding college pitchers for Clemson and South Carolina respectively.

Here is a photo of Schmidt's custom jersey 'TigLina' that pays homage to the Palmetto Rivalry with both of his son's teams stitched into one jersey and a combination of their jersey numbers on the back (#62) as Clate is #32 and Clarke is #6.

Both sons have a win in the first two games of the rivalry series.

Clarke threw eight scoreless innings and had nine strikeouts in Friday night's win over the Tigers. Clate pitched 5 1/3 innings and gave up only one hit while striking out six Gamecocks in the game two win on Saturday.

He said after Saturday's game it was a very emotional for him.

"It was huge. I was overwhelmed with emotion even during the game," Clate said. "It was a really special moment for us to be able to share together as a family." 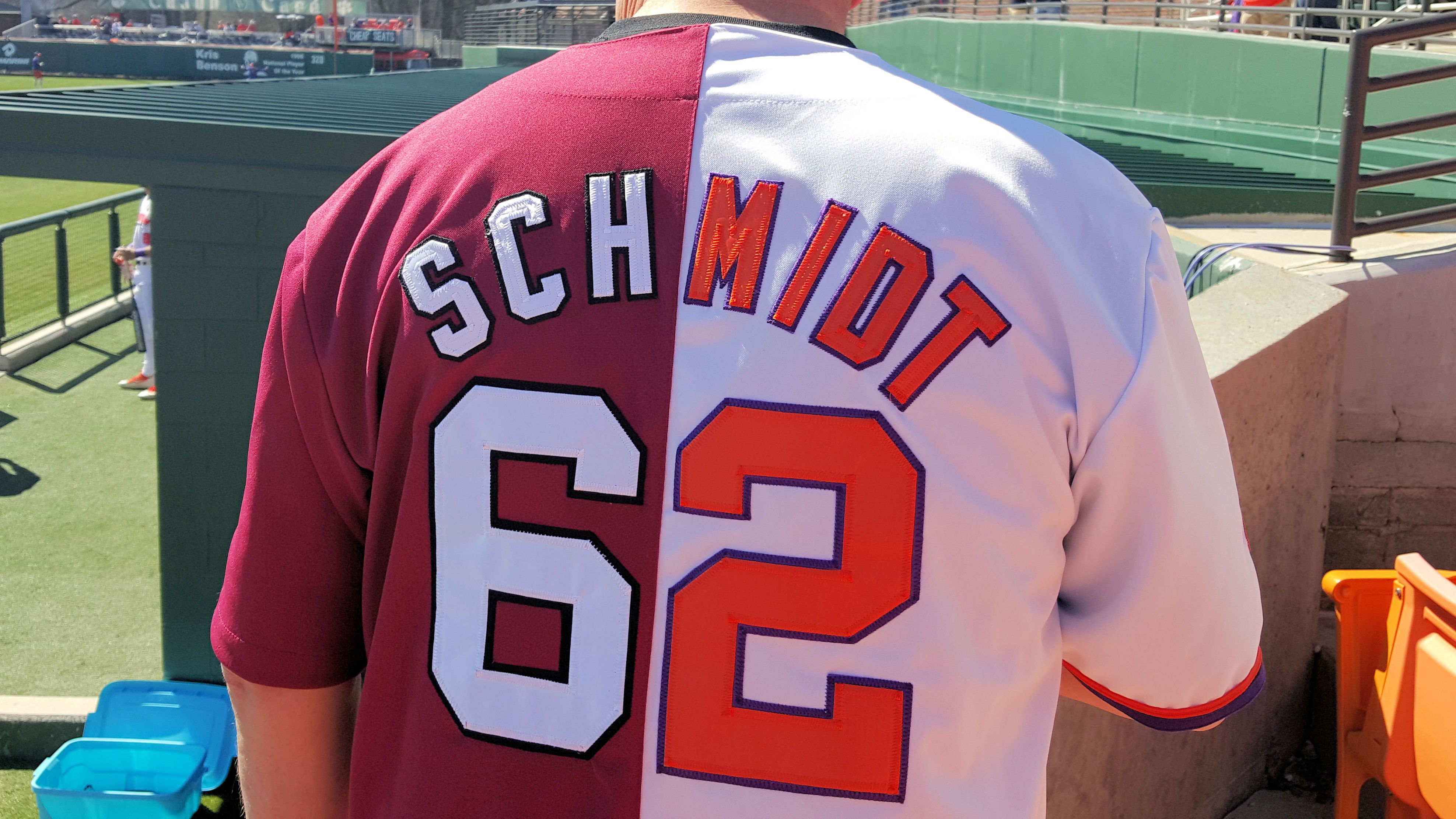