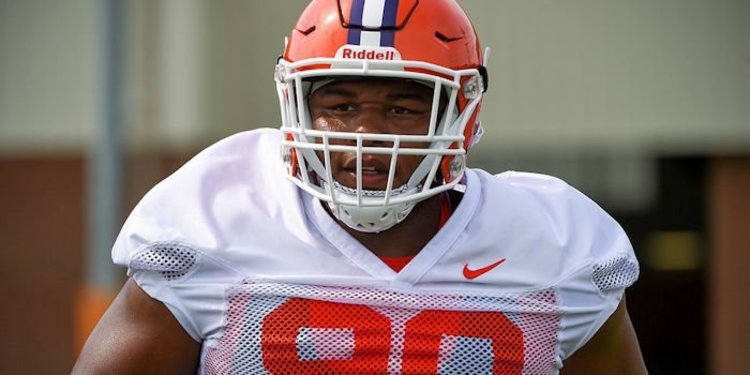 Wednesday morning was the 'team media breakout sessions' for both Clemson and Notre Dame players as they talked to reporters previewing the Goodyear Cotton Bowl.

Notre Dame center Sam Mustipher heard the shocking news that standout defensive lineman Dexter Lawrence might not be available to play due to a recent failed NCAA drug test for a ban substance called Ostarine.

Mustipher will prepare like Lawrence will play in the game and go head-to-head with him.

"They are talented," he said. "They are seasoned, so it’s not like there is a true freshman coming into this game who has zero playing experience. These know what they have been doing. They have been running the defense, so it’s going to be a challenge. When we found out the news it wasn’t ‘Whoo; he’s not playing.’ They still got three guys over there that are top 10 talent I believe, and they got guys coming in who in future years can do the same things."

For the season, Lawrence had 37 tackles including 7.5 for loss, 1.5 sacks, and three pass breakups.