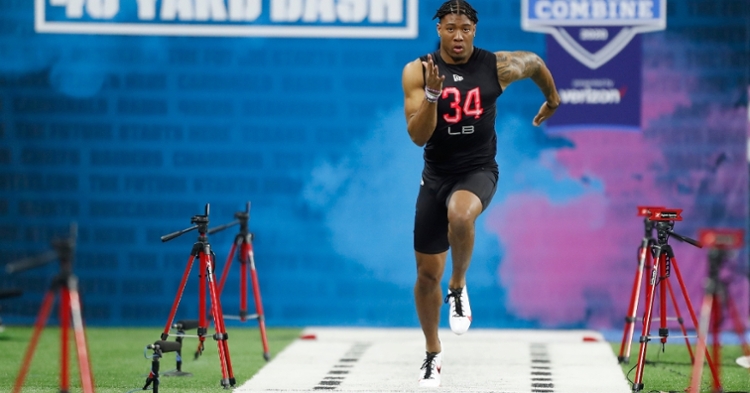 Isaiah Simmons is expected to get his name called as a first-round selection in tonight's 2020 NFL draft.

Simmons is just a rare athlete that can play any position as he showed at Clemson lining up at edge rusher, linebacker, cornerback, and safety.

However, how close was he from playing receiver as part of 'WRU' at Clemson?

Simmons told Rich Eisen this week that he tried to get coach Dabo Swinney to let him play a few snaps as a receiver.

"A lot of games, we were up pretty big, Coach just let me get one go-ball and let the quarterback let it ride," he said. "He wasn't really going for it. He would just laugh and giggle. You know he plays a lot of guys, so I thought maybe I would get a shot. Then they said if I got a pick-six, I would get a chance, so I got one, but I didn't get my chance that year."

Simmons went on to say that he thought he was going a few snaps at receiver this past season, but Swinney didn't want to risk his star's bright future.

"He didn't want me to go out there and get injured. What would I look like if you got injured in the fourth quarter and we are up by forty points?"

Everything worked out in the end.

Obviously, it all did as the Butkus Award winner and Swinney will be all smiles when his name is called tonight.