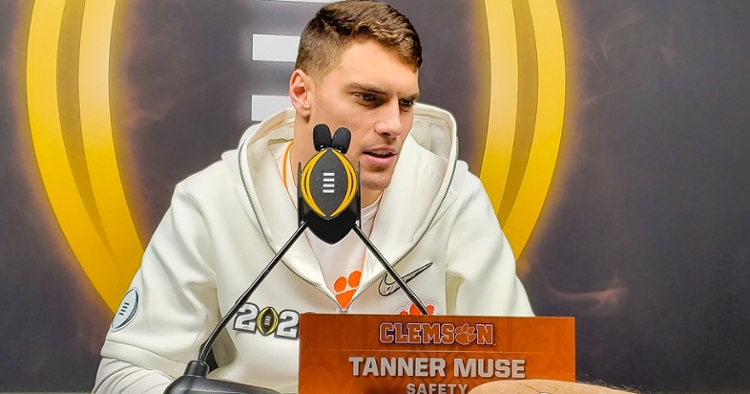 Tanner Muse was a fan favorite at Clemson

Not the ideal birthday present for one former Tiger.

Las Vegas Raiders rookie Tanner Muse is being placed on the injured reserve list because of a toe injury.

NFL.com's Tom Pelissero is reporting that he will miss at least a month of action.

"The Raiders are putting promising rookie LB Tanner Muse on injured reserve because of a toe injury," Pelissero posted on social media. The plan is for the third-round pick -- who turns 24 today -- to return this season, but he’s likely to miss at least a month."

Muse could return to action as early as three weeks under the new injured reserve rules.

He was selected 100th overall in the third round by the Raiders in the 2020 NFL Draft.

During his time at Clemson, he recorded 192 tackles (105 solo), four sacks, seven interceptions, including one returned for a touchdown, 15 passes defensed, one forced fumble and one fumble recovery.