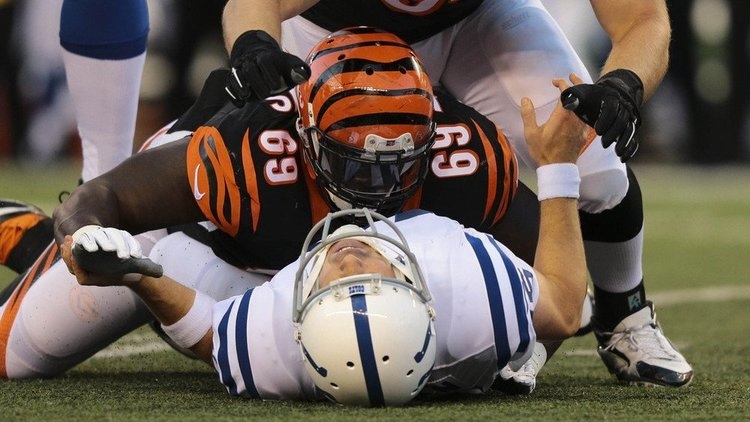 The Indianapolis Colts announced on Monday the signing of defensive tackle DeShawn Williams to the practice squad and released defensive end Winbush to make room.

Williams has played on the practice squads of the Miami Dolphins and Denver Broncos this season.

In between practice squad stints with the Bengals in his first three seasons (2015-2017), he played in four games with Cincinnati with two tackles (1 solo) and 0.5 sacks in 2016.

He was signed by the Bengals as an undrafted free agent out of Clemson in 2015.

Williams posted 54 tackles, eight tackles for loss, three sacks, seven quarterback pressures and one pass breakup in 368 snaps over 13 games (seven starts) as a senior at Clemson. He finished his career with 161 tackles, 16.5 TFL and five sacks over 53 games (17 starts).