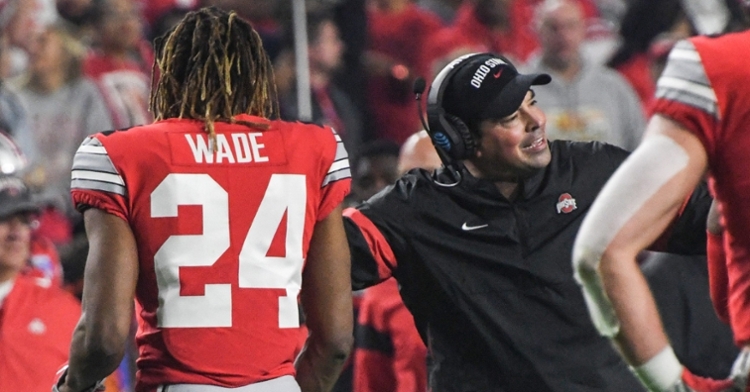 Ohio State standout cornerback Shaun Wade announced Thursday on SportsCenter that he will return to play for the Buckeyes this season instead of previously deciding to declare for the NFL draft.

"Really, back in January, I didn't go to the draft and my goal was to come back, be a captain, get my degree," Wade said. "And they didn't cancel football. Now it's back. So since it's back, we've got a chance to win a national championship. That's been my goal since day one."

In addition to announcing his return, Wade appears to take a jab at Clemson star quarterback Trevor Lawrence with a short hype video "I'm back Sunshine" on Thursday night.

It's possible that he is talking about the all-powerful sun regarding his return to college football but I seriously doubt it. You make the call.

Remember that Wade is the cornerback that was ejected in the second quarter for targeting against Trevor Lawrence in the 2019 Playstation Fiesta Bowl.

It would have been disappointing if this was Shaun Wade’s last play as a Buckeye pic.twitter.com/RjLpipRPZ5

Ohio State players, fans, websites, and coaches appear to really want a win desperately against the Tigers. All offseason they have been obsessed with the No. 1 Tigers and their most recent heartbreaking loss to them.