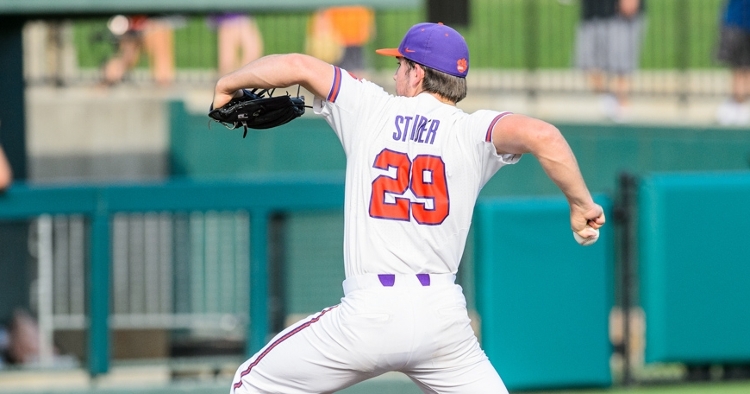 CLEMSON, S.C. - The Tigers host East Tennessee State for the second year in a row at Doug Kingsmore Stadium when they play on Tuesday afternoon.

• Clemson, who has a 7-0 home record, swept Stony Brook at home in three games by a combined score of 6-1 last weekend.

• The Buccaneers won two of three games against Rider last weekend. They are hitting .291 and have a 3.05 ERA and .969 fielding percentage.

• Jake Lyle is hitting a team-high .462 with six steals, while Drew Haynie is batting .385 with a team-high two homers and two steals.

• Clemson's eight runs allowed are the fewest in the first seven games of a season in school history.

• Clemson has won six of its seven games by two runs or less.

• Only one Tiger (catcher Adam Hackenberg) has started every game of the 2020 season at the same position.

• Entering 2020, Clemson had a top-20 national figure in average attendance 26 straight seasons and a top-15 figure 18 years in a row.

• Clemson's 7-0 start to the season is due in large part to its performance on the mound.

• The pitching staff has an outstanding 13.08 strikeout-per-nine-innings-pitched mark and 3.10 strikeout-to-walk ratio.

• Clemson is holding opponents to a .101 batting average with runners on base, 0-for-12 with the bases loaded and has allowed one two-out RBI.

• Tiger pitchers have allowed just one of 14 inherited baserunners to score.

• Clemson has pitched three shutouts and has held the opponent to three runs or less in all seven games.

• Clemson has been aided significantly by the return of righties Carter Raffield and Spencer Strider, who missed last season due to injury.