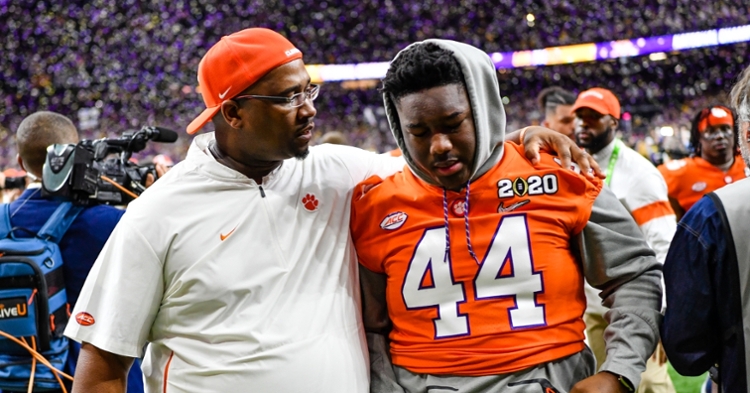 Bates has helped stack his position group with as much talent as any team brought in with the 2020 class.

Clemson's new recruiting director Todd Bates was named the nation's recruiter of the year by Rivals on Thursday.

Clemson ranked No. 2 in Rivals' 2020 rankings, which was its highest-ranking in that site's history.

Some of the biggest hauls from the 2020 group are where he coaches on the interior defensive line with No. 1-rated player Bryan Bresee and more elite prospects in Demonte Capehart and Tre Williams.

247Sports rated Bates as the No. 2 recruiter nationally behind Ohio State's Brian Hartline in its metric.

Bates joined Clemson's staff from Jacksonville State (Al.) in 2017 after Dan Brooks retired. He was a three-year letterman at Alabama as a defensive end and a permanent co-captain for the 2004 season.