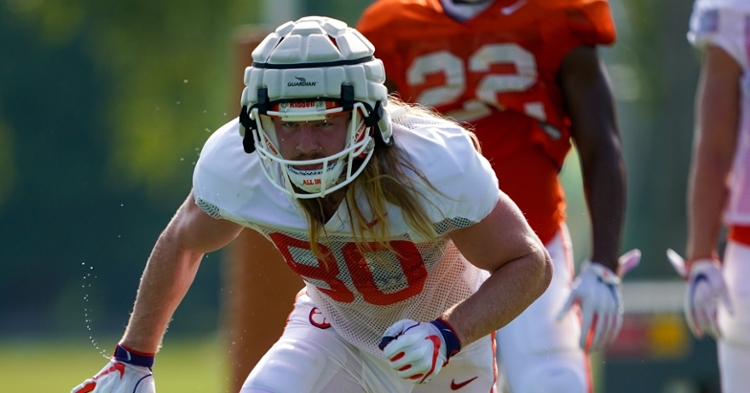 Luke Price at a recent practice

Not good news to report.

Clemson head coach Dabo Swinney spoke to the media following Thursday's practice and shared that redshirt junior tight end Luke Price tore his ACL recently and is out for the season.

This certainly hurts some of the depth that Clemson has at the tight end position with Price's solid blocking ability.

Overall at Clemson, he has appeared in 18 career games.

During high school, he played at Dillon Christian School (SC).

His brother Phillip was an offensive lineman at Clemson previously.