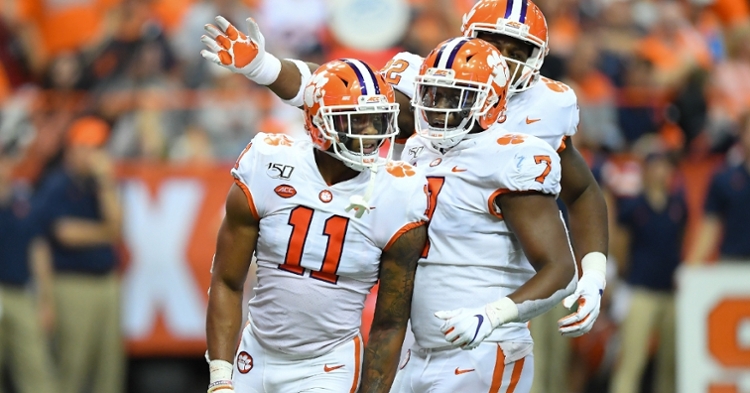 Simmons had had a team-high 11 tackles, 3.5 tackles for loss, and two sacks during Clemson's 41-6 road win over Syracuse on Saturday night. He played fast and was all over the field disrupting the Orange's offense.

“He’s just a special talent. He’s long, and he’s smart. He’s physical. He’s just one of those rare guys that comes along now and then that can do a lot of different things,” Swinney said about Simmons after the win.

Through three games, Simmons has 27 tackles, two sacks, and a pass deflection.

He is the ninth Clemson player to earn the Walter Camp National Player of the Week honor since 2004, and second this season (Etienne, Sept. 1).